News / The (micro)chips are down, putting the brakes on global car production 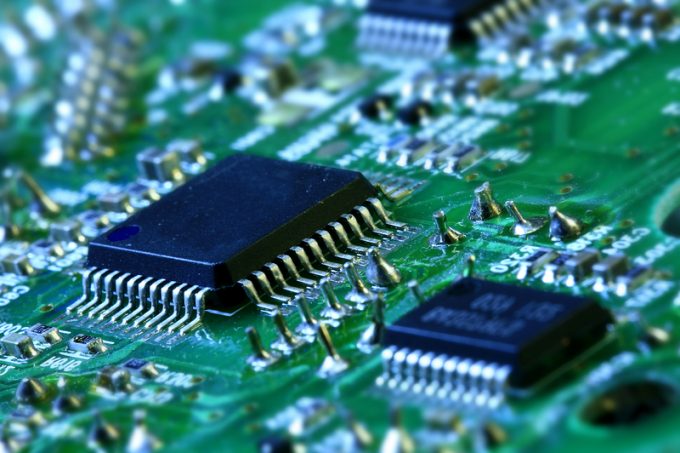 Auto makers are having to pare back production, just as the market is getting back to strength, thanks to a global shortage of semiconductors.

Most major brands have been forced to make cutbacks: Honda’s domestic output is down by 4,000 vehicles; and Nissan has slashed production of its Note by 5,000.

In Germany, Volkswagen and Daimler have reported ship shortages that are forcing them to adjust production, with VW announcing production cuts in Asia, Europe and North America.

In North America, Ford is idling an SUV plant in Kentucky this week, Fiat Chrysler has halted work at a plant in Canada until the end of the month and delayed the restart of its Mexican Jeep factory until next month and Toyota trimmed production of its Tundra truck in Texas.

However, General Motors has reported that, so far, production had not been affected, but management said “our supply chain organisation is working closely with our supply base to find solutions for our suppliers’ semiconductor requirements and to mitigate impacts on GM production”.

The semiconductor shortage is hitting the sector at the worst possible time. After the slump in demand following the Covid-19 outbreak, the auto industry has enjoyed a rebound in business recently.

The shortages are the result of a major shift by chip makers last year. With auto sales in the doldrums, a lot of chip manufacturing capacity was re-allocated to  consumer electronics as the lockdowns spurred demand for computers, game consoles and smart phones.

Meanwhile, the auto industry’s appetite for semiconductors is going through the roof as it transitions to electric power – an electric vehicle uses twice the number as a petrol-powered car.

But even without this transition, all new cars need more semiconductors.

“As autonomous features are rapidly added, the overall vehicle demand pre-pandemic versus post-pandemic has created a very dramatic shift in total demand; and demand by derivatives. It is important to remember that though there have always been some chipsets and semiconductor products on each vehicle, this sub-sector is growing incredibly fast with the industry changes,” said Michael Labadie, vice-president automotive & industrial at Crane Worldwide Logistics.

“We have zero indication when this will be back in balance, but it is a very complicated problem,” he added.

According to parts maker Continental, it may take half a year for semiconductor supply for the car industry to get back in balance. This tallies with a statement from chip maker Taiwan Semiconductor.

Some capital projects to boost capacity are under way, but very few will impact the availability of chips in the near term, Mr Labadie said.

“As with most complicated problems, logistics is containment, not a solution. We are daily creating solutions to accelerate the delivery of these parts as they are available. Some of the pressure is being relieved by volume reductions at the auto-makers.

“Unfortunately, this is a problem of overall supply, not a situation where the material is available but in the wrong place. Our ability to help is limited to accelerating the delivery of goods as they are completed,” he explained.

As such, charters have not come into play, per se. Crane has not used any for semiconductors specifically, but moves a lot of other material on charters these days.

“Another complication in the current ‘perfect storm’ is that many passenger lanes that offer us cargo capacity during normal operations are not available, or heavily reduced, as a result of Covid,” Mr Labadie added.

Crane Worldwide has snapped up its second Jas Forwarding executive in four months with the ...

Automotive logistics players have warned that their “very existence” is under threat from the shortage ...

Palletline resumed operations at a regional member depot on Friday that had been suspended due ...

Global semiconductor shortage can be explained by the 'bullwhip effect'

Regular visitors to the UK’s Multimodal exhibition (yes, it may seem like distant memory at ...