Named TEU, the de-facto industry currency is distributed as tokens on the Ethereum network and will be tradeable on various global cryptocurrency exchanges.

300cubits claims the tokens will help to eliminate shipping’s “trust issue” by reducing the counterparty default risk, caused by shipper ‘no-shows’, and by carriers ‘rolling’ cargo.

According to New Jersey Institute of Technology’s Professor Michael Erlich, the impact of this booking shortfall can be quantified as 5m teu a year, which costs the industry $23bn when knock-on effects, such as carriers’ lost revenue and shippers’ additional inventory costs, are calculated.

300cubits’ solution is to use TEU tokens as booking deposits. The tokens are coded with a set of immutable conditions to create blockchain-enabled smart contracts to govern the booking transaction.

“Once committed, neither party can alter what has been agreed,” said 300cubits.

“Both the container lines and their customers will be given TEU tokens that will be held as deposits with conditions, and paid out later, upon the execution of the shipment booking.

The no-show issue is clearly a pressing one for shipping lines. In June, CMA CGM introduced a $150 per teu cancellation fee for booked services to the Indian Subcontinent, Middle East Gulf and Red Sea ports.

However, according to 300cubits co-founder Johnson Leung, cancellation fees and other penalties can cause further inefficiencies.

“Shipping companies are already putting in a lot of resources and spending millions on this lack of trust issue,” he told The Loadstar. 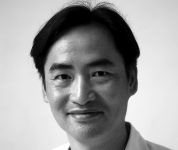 “We found that their solutions, requiring customers to pay penalties for no-shows, or requiring cash deposits or bank guarantees for the booking, are all things that are actually quite expensive.

“It’s the same with shippers using credit to pay these fees; every time you put money in you have something called the ‘time value of money’ – the interest is expensive,” he added.

Mr Leung said TEU tokens could be used with minimum disruption since no new booking interfaces would be required.

“Nothing needs to be changed, they just need to have a digital wallet to receive the token. A smart contract is then derived that can accept the token, from their wallet, which is then held in an escrow account. Following the transaction, a signal is then sent from the terminal on the status of the cargo.”

After a first batch of TEU tokens are given to some early adopters, 300cubits plans to offer an ‘initial token sale’ to monetise the new currency. Use of the tokens by industry players will validate and enhance its value, it said, adding that only 100,000,000 tokens would be created to ensure their long-term value.

Mr Leung said this would create much-needed discipline for the industry.

“For example, if I give you $10,000, but I tell you that you can only use it as a booking deposit in the first couple of years; then you’ll use it but at the same time you won’t want to lose it.

“So discipline will improve; it might not totally eliminate the problem but it will improve, because if you lose a token today then you’ll need to buy more tomorrow for a higher price,” he explained.

“Every year, liner shipping revenue is $150b, but in a very good year the net margin might be seven or eight percent, meaning the profit in the industry is less than $20m. So every $1m saved is massive for the industry.”

The ‘initial token sale’ is planned for November, after trials are completed.

AI and the future of work: will our jobs disappear?

We are all told daily – especially the forwarders and driversamong us – that our jobs ...