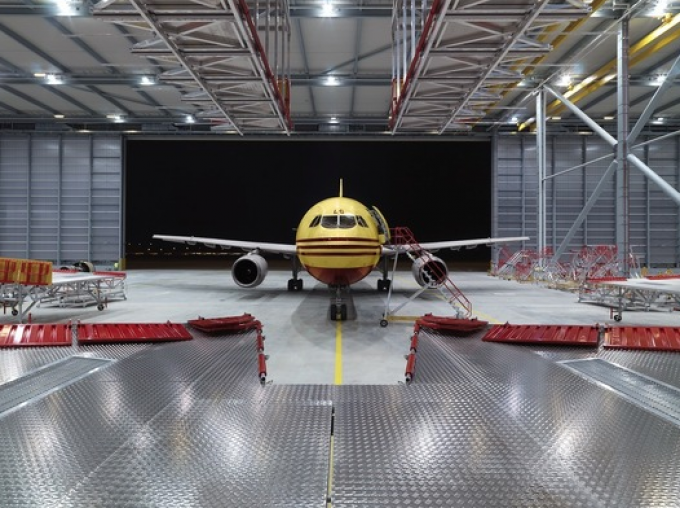 DP-DHL’s Global Forwarding and Supply Chain divisions proved resilient in the first half of the year, both posting significant double-digit profit upswings.

Adding to the celebrations was Post and Parcel (P&P), delivering its first profit since the final quarter of 2017.

“The measures initiated to improve P&P productivity and postage rate increase of 1 July will provide further momentum in the second half, as will the traditionally strong final quarter.

“We are therefore confident about our further performance and have raised the lower end of our full-year forecast – despite the challenging macroeconomic environment.”

In an earnings statement, the company put the “rapid rise” in ebit down to improved gross profit margins in air freight, although one analyst said the second half “looked more taxing”.

“The improvement in the first half was remarkable, but most metrics point to a significantly more challenging H2,” said head of premium at The Loadstar Ale Pasetti. “Air volumes fell, underperforming broader air freight estimates at -2% in Q1 and -5% in Q2, and ocean volumes barely held up.”

Imports and exports by air fell by 5% in the first half in terms of tonnage, and ocean volumes also recorded a decline, albeit marginally.

But despite first-half ebit growth being “solid and stronger” than others, Mr Pasetti said DP-DHL’s H1 18 had been softer, making it “significantly easier to beat”.

Supply Chain profits also soared, by 213%, largely the result of the Q1 sale of its China business, and it noted a €111m expense for cost-reduction measures, alongside a difficult Q2.

“Second-quarter ebit was down significantly from the prior-year figure, with cost-reduction measures of €53m accounting for most of the decline of 32% to €87m,” it said. “Excluding this effect, and although we sold our business in China, ebit was up 9.4 %, [with a] return on sales amounting to 2.7 % in the second quarter.”

Its much-maligned PeP division has since been split up, and P&P in Germany will hopefully be pleased that its Q2 showed indications the decision was paying off.

First-half profits plummeted 21% to €404m, but a near 64% rise was recorded in the three months to June, with the division generating €177m for the period. Even excluding the €51m paid out last year for its early retirement programme the division was still up €18m.

“The German parcel business in particular continued its momentum, and the initiated pricing measures are showing effect, with an increase average revenue per parcel,” it said. “As volumes also continued to rise strongly, revenue of Parcel Germany rose by 10.5% to €1.4bn in the second quarter.”

And Express continued its climb, maintaining its grip as the second largest DP-DHL division, with turnover exceeding €8.2bn and up 5%.

While Asia Pacific represents the largest Express market, at 8.4% activities in the Americas grew the fastest, but profit growth could not keep up with business expansion.