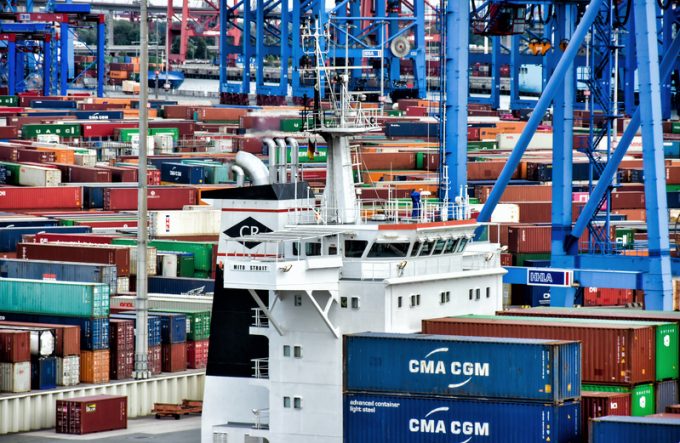 Despite a softening in demand, container spot rates from Asia to North Europe could be set to spike in the coming weeks, as North European hub ports suffer chronic yard congestion as well as threats of industrial action by dockers.

According to the Ningbo Containerized Freight Index (NCFI) commentary, freight rates from Asia to Europe reflected “stable supply and demand fundamentals in the market” and were therefore virtually unchanged on the week.

Readings for North Europe from the FBX, WCI and XSI indices were $10,692, $9,799 and $10,414 per 40 ft respectively, albeit that for now carriers are not demanding premium fees for equipment and guaranteed shipment on top.

Notwithstanding the latest data from CTS, showing a slump of 8% for European imports in April, the main North European container hub ports have become overwhelmed with import boxes and are suffering yard density numbers of 80% to 90%.

This week saw the 2M partners Maersk and MSC decide to add an extra import call at Zeebrugge for two of their Asia – North Europe loops in order to ease the pressure on their saturated Antwerp and Rotterdam terminals.

However, “warning strikes” by dockers at north German container ports this week, and the threat of increased industrial action at those ports and other North European hubs, as unions endeavour to drive through inflation-beating wage increases, does not bode well for the supply chain for the upcoming peak season.

Meanwhile, the CTS data for North American ports was surprisingly robust for April recording a gain of 1%.

“We’re in for a busy summer at the ports,” said US National Retail Federation vice president for supply chain and customs policy, Jonathan Gold.

Container spot rates on the transpacific were stable after some weakening in recent weeks with, for example, the FBX US west coast component edging down slightly at $9,588 per 40 ft.

Moreover, with the ending of the annual contract season, carriers appear to have succeeded in locking BCOs into significantly increased deals. Ocean freight benchmarking firm Xeneta recorded a massive 205% year-on-year jump in its long-term rate index for the tradelane.

Elsewhere, on the transatlantic the FBX recorded a 12% leap in its North Europe to US east coast spot this week to $9,382 per 40 ft.

To put this into context, the FBX reading for the tradelane 18 months ago was about $1,800 per 40 ft, representing a huge 420% increase for shippers on the route.