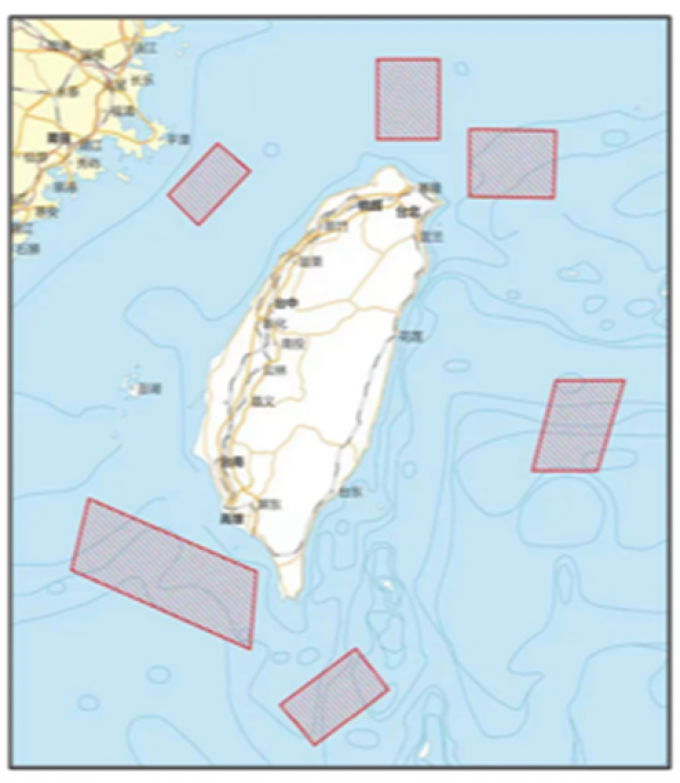 Liner operators seem sanguine about China conducting its largest-ever military drills in the Taiwan Strait, although the aviation sector is taking precautions.

Six ‘no-sail’ and ‘no-fly’ zones have been marked out by China, which will carry out the military drills in waters around Taiwan until 7 August and Taiwan’s Ministry of Transportation and Communications (MOTC) is advising vessels calling at its ports to avoid areas where China is conducting live-firing.

In particular, ships heading for the Taiwanese ports of Kaohsiung, Taiwan’s busiest container hub, Taipei, Keelung, Suao, Tainan (Anping) and Hualien have been advised to detour as much as possible.

One of the no-sail zones is just 20km from Kaohsiung, and Chinese military helicopters were seen over Pingtan Island, one of China’s closest points to Taiwan, in Fujian province, ahead of the drills.

There are concerns that the situation might further aggravate supply chain chaos, as the Taiwan Strait is the main route for ships carrying goods from East Asia to the US and Europe. However, shipping and port companies have been taking the situation calmly.

Yang Ming chairman Cheng Cheng-mount said: “Ships don’t have fixed routes like planes. As long as the ships avoid the exercise area, it should be fine. It shouldn’t have much impact.”

And a spokesperson for HMM told The Loadstar it would adopt a wait-and-see approach. He said: “We have yet to experience any disruptions to vessel operation in nearby Taiwan. At the moment, we’re carefully watching how the situation develops.”

Taiwan International Ports Corporation VP Cheng Shu-hui said no shipping companies had cancelled calls to Taiwan and as long as ships avoided the no-sail zones, they were free to enter and leave the island.

Mr Cheng said: “Ships going north from Kaohsiung Port won’t be affected, but vessels can go along the coast. But from Singapore and Hong Kong, ships may have to detour.”

Linerlytica analyst Tan Hua Joo told The Loadstar there had been no noticeable increase in vessels waiting at the Taiwan/Fujian ports, adding: “We have also not detected any diversions from the Straits, but ships are clearly avoiding the naval exercise/training zones.”

Xeneta chief analyst Peter Sand said he believed the situation would have an impact on the flow of containerised cargo going to and leaving Taiwan, as well as the many ships that normally transit the Taiwan Strait.

“The increased tensions around the island will make some owners and operators of containerships avoid the area.  Moreover, the designated areas for the Chinese military exercises are just outside main cities and ports.”