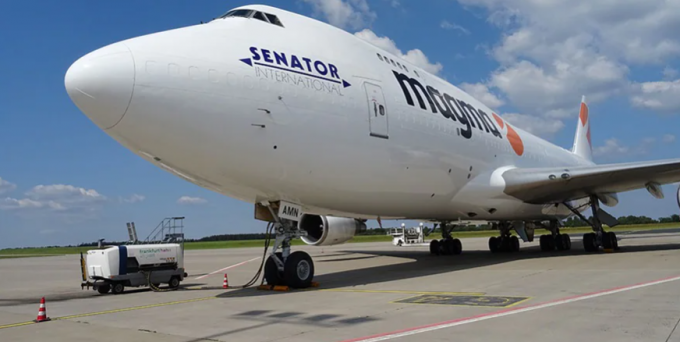 CMA CGM Air Cargo has had its second 777 freighter delivered in a week, bringing its fleet up to six aircraft. It also officially announced a further order for two 777Fs, to deliver by 2026.

According to its filings with the US Department of Transport, it intends to fly between Paris, and Chicago, New York, and Atlanta. Flight tracking websites show each of its A330s have focused heavily on Chicago, from Liege, with one also operating to Dubai and Bangkok, and another adding Atlanta to the roster.

Once its deal with AF-KLM has gone through, two of CMA CGM’s aircraft are likely to be operated by Air France-KLM. Between the two fleets, there will be 22 freighters operating by 2026, while the pair will also market AF-KLM’s belly capacity together.

However, there are some concerns in the market over the new arrangement between the AF-KLM Group and CMA CGM. One major buyer of airfreight capacity has expressed reservations, privately, over AF-KLM’s consequent links to Ceva Logistics, owned by CMA CGM, and said it may no longer use the carrier over competitive concerns.

This may not worry either the airline, or the shipping group, however.

One airline executive noted: “This step will bring a mindset change within the airline as there is no secret to the fact that buying Ceva, and the whole purpose of establishing a cargo airline by CMA CGM, was to offer competitive and relevant services direct to BCOs, not forwarders.

“Finally it appears that everyone is getting off the fence and admitting that to deliver competitive products for your clients, you have to be in control of the total air logistics chain, and now AF-KLM will have to accept that philosophy as well, no more are we only forwarder friendly.”

Maersk, meanwhile, took another step forward in its air logistics ambitions, last week closing its $644m acquisition of Senator, the air-focused forwarder. Maersk too, famously, is focusing its attention on shippers. It aims to carry about one third of its annual air tonnage on its own network with a mix of owned and leased aircraft.

Senator uses aircraft owned by Magma Aviation. A spokesperson for Maersk told The Loadstar this morning: “We have a good and strong relationship with Magma, and our intent is to continue this relationship, if it is to the benefit of our customers.”

Maersk said the acquisition would enable it “to offer an even wider range of products and the ability to provide flexible and integrated logistics solutions to our customers, allowing them to speed up or slow down cargo depending on their changing supply chain needs.

“With Senator on board, we are ramping up our air freight capacity, network, and know-how significantly to cater even better for our customers.”

Maersk said in April it would fold its Star Air brand, which operates some 13 Boeing 767s on behalf of the integrators into a new brand, Maersk Air Cargo, operating from Billund. It has two 777 freighters on order and three leased 767-300Fs, which will be used between the US-China, although it has yet to file any applications with the US Department of Transport.

The 767s, however, will be operated by a third party, and will become operational from the second half of 2022.