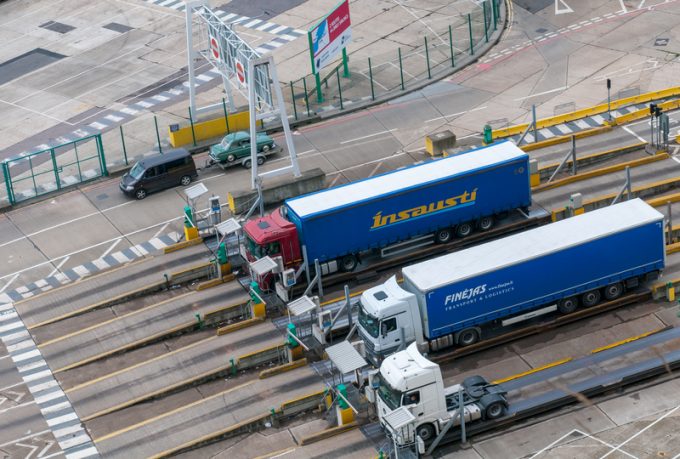 Shippers are “sleepwalking” towards the changeover of the UK’s customs infrastructure and need to “wake up” rather than seek to saddle HMRC with the blame for their failings, say freight specialists.

However, there is mounting concern over the preparedness of importers for the switch.

Forward Solutions MD Richard Litchfield told The Loadstar: “I think we are into a repeat of what happened last year – this was probably the sector’s biggest change and its effects were still around in June.

“By the end of last year, industry was so tired; and we are heading towards something similar. It’s a major challenge to go back to your shippers and say thanks for all that info, now we need more.”

Mr Litchfield is not alone in his concerns, other sources tell The Loadstar they doubt HMRC’s capacity to migrate 5,000 importers to CDS within the deadline, just six months away.

However, Mr Litchfield and colleague John Varley, Forward’s product specialist for customs, believe it is “unfair” to level the burden fully on HMRC, claiming the industry is failing to adequately ready itself for the switch.

“I don’t think there’s a lack of support from HMRC, it is stretched for sure, but it is also definitely trying to provide a good transition,” Mr Varley told The Loadstar. “I think there are issues with the registration process, and part of this can be put down to traders not registering fast enough.

“It’s important to flag this issue and communicate better to the trade why time is of the essence. We had much to learn from last time.”

Mr Litchfield suggested that HMRC was “throwing all it could at the issue”, but “higher-up” areas of government were not “placing a high enough priority on this issue”.

Pointing to radio ads, he and Mr Varley both noted that the focus remained on Brexit and EU traffic, despite the fact that “firms were either still trading or they had gone”. Mr Varley added: “Government messaging is out of sync with where we are; trading needs to have sailed, you’re either trading or you’re not.”

“The emphasis needs to be on customs to avoid a repeat performance of last year, when traders did not know what they were meant to be doing. But this is a wider governmental challenge – it goes beyond HMRC.”

The plan to move from CHIEF to CDS pre-dates Brexit and Mr Litchfield and Mr Varley both believe without leaving the EU, the former would have been more easily accomplished.

Nonetheless, they suggest the complexity of CDS will put some strain on supply chains as importers get accustomed to the need for more information – CHIEF calls for 54 data elements, in contrast to the 80 sought by CDS.

Mr Varley said: “And this exemplifies where government and the trade face the biggest challenge as there is a lack of customs staff available to do entries, meaning those people are at a premium and will be able to name their own terms.”

The Loadstar has extensively covered the concerns surrounding the dearth of customs staff since the Brexit referendum. And while some sought to get ahead on this – notably the port of Portsmouth – there remain certain sectors of the supply chain that have still failed to recognise the looming burden that will be felt when CDS and full customs controls are imposed.

“Anything now requiring customs clearance has an additional charge and, therefore, that will be passed on to the consumer,” added Mr Litchfield. “The more complicated and challenging, at least in the short term, will be more costly. My view is that with GVMS, hauliers threw everything at the wall to keep things stable. I think you’ll see similar cost spikes with the introduction of CDS.

“There will be more disruption. That will settle and then it will balance out.”