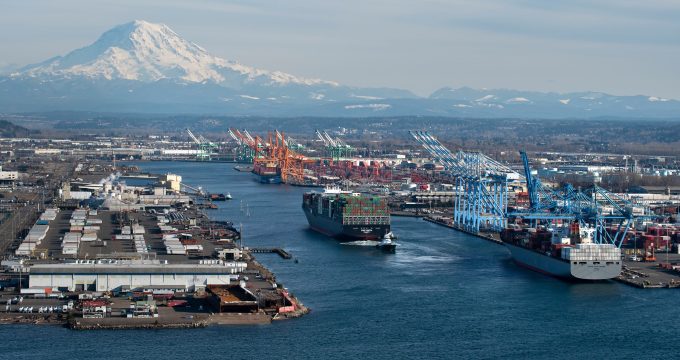 Shippers are finding ways to differentiate themselves in market conditions that are becoming increasingly challenging, with 80% demanding greater visibility throughout their supply chains, according to a new survey.

It says “supply chain visibility has risen in business criticality”, and is now critical for B2B operations as well as consumers.

“Clients now expect more co-operation and greater visibility from their vendors, irrespective of their position in the supply chain,” said Krenar Komoni, founder and CEO of Tive.

“Real-time visibility has become a true customer service differentiator and no longer a ‘good-to-have’.”

The concerns over visibility come in the context of declining demand for US imports; the National Retail Federation (NRF) reports that its Global Port Tracker (GPT) sees volumes remaining high compared with last year, but believes the peak season will see month-on-month reductions in throughput at US ports.

“Cargo volume is expected to remain high as we head into the peak shipping season, and it is essential that all ports continue to operate with minimal disruption,” NRF VP for supply chain and customs policy Jonathan Gold said.

Year-on-year increases in the first half in the 13 ports covered by the GPT are expected to go into reverse from August to the end of the year. The slowdown will start with a 0.8% drop next month and build to a 4.1% decline in October and 2.5% fall in November, according to the NRF report, compiled by Hackett Associates.

According to the NRF: “Ports saw a surge in activity this spring as a slowdown in cargo from Chinese factories closed by Covid-19 gave them a chance to clear built-up congestion. Retailers bringing in seasonal merchandise and importing other goods early to avoid any problems related to the contract negotiations may have also contributed to volume.”

Year-on-year declines during the second half of the year would be in contrast to the “unusually high numbers” in the same period last year, but the NRF warned: “Volumes remain high, and the full year is still expected to see a net increase over 2021.”

Another cause for concern for importers is the possibility of industrial action, should negotiations between dockers’ unions and the terminal operators on the west coast break down. Any strike at the ports could quickly see a return to the major congestion difficulties of last year, severely curtailing shippers’ ability to move cargo.

This is of particular importance with the back-to-school and holiday seasons approaching in the US.

Supply chain visibility tech has grown to become “table-stakes” during the chaos of the past ...