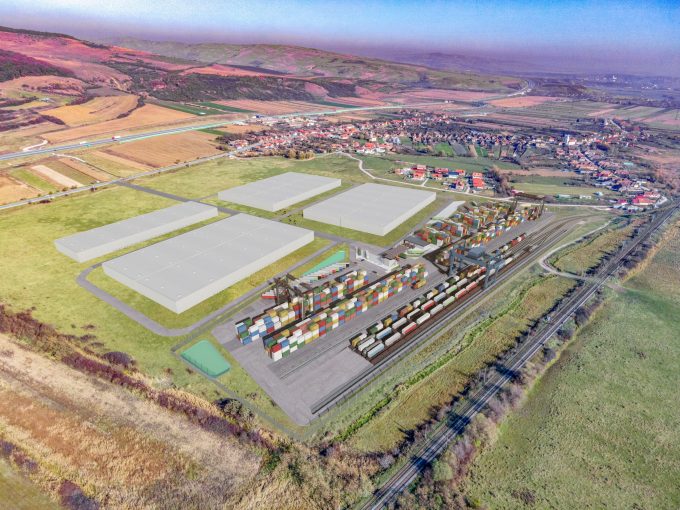 IKEA, Bosch and a range of automotive component factories and white goods manufacturers are interested in refocusing their supply chains into Europe.

The Aiud terminal will mean these industries, and others within a 50km radius of Aiud, will no longer need to consolidate their cargo in Vienna, a 1,500km round-trip for a trucker, or in Budapest, around 1,100km.

Construction on the greenfield site is estimated to be at the halfway stage, as is a rail spur with four tracks linking the facility to the national network. However, there are no buildings yet, despite an operational start date set for spring next year. 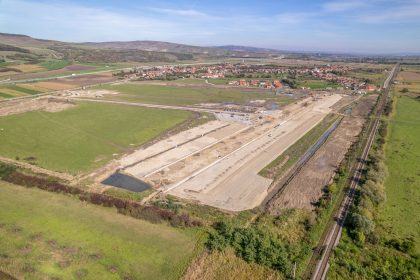 The former main road passes through a small hamlet, adjacent to the north of the site, and connects to the newly built A10 highway, while on the opposite side an electrified rail line, connected to the national and European network, will complete bi-modal links.

Locals are said to be particularly keen on the development. One woman, who lives in the village told Romanian journalists that the only employment in the area was poorly paid agricultural work, and the new terminal would attract new industry, with better-paid jobs that would, in turn, mean development of the community.

Cosmin Carstea, CEO of DP World Romania, believes Aiud can be “a focal point from which DP World can distribute freight to destinations across the country”, with regional companies that mainly export to other EU countries to Romania’s west.

However, he added: “If there are exporters sending to the Middle East or Asia, obviously they will go through Constanta, and it’s the same for imports into this region.”

He explained: “We will do the last mile, but we can also handle commodities from China, the Middle East and subcontinent into the Black Sea at Constanta and from there we will send the trains via here [Aiud].”

Mr Carstea said Aiud would act as a mid-point for a logistics chain stretching from the UK and Ireland in the west to the Middle East, India and China in the east, connected by containerships, ferries, a rail network and trucks, moving an estimated 50,000 teu annually.

Another target area for DP World’s logistics plan is to import Turkish goods, currently entering Europe via Bulgaria, where there are 10 km queues to cross the border. However, Constanta’s new ro-ro terminal will be able to handle vessels carrying trailers from Turkey, offering a customs documentation service for imports into the EU while the freight is on the water and then either trucking the trailers from Constanta, or loading them on to rail wagons for shipment to Aiud and beyond.

“A number of companies that were contacted were eager to see their goods coming from Turkey using ro-ro because it is more predictable,” said Mr Carstea.

Further east, the supply chain will link to the Belt and Road developments out of China, which has seen the development of the rail link, via Russia, to Western Europe. Freight on this route has been hit by sanctions on Russia following its invasion of Ukraine.

However, cargo is finding an alternative route from China, through Kazakhstan and central Asia, across the Caspian Sea and from the Georgian ports of Poti and Batumi by sea to Constanta.

“Romania’s role as a gateway to Europe is increasing and we want to to develop this,” added Mr Carstea.