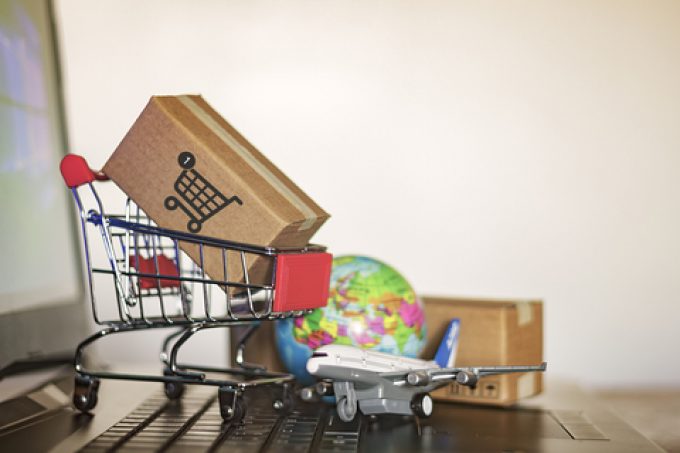 While major companies have recently signalled a cut in orders for the second half of the year, a weak summer air freight market picked up in August, leading to some optimism for a peak season.

Big retailers, including Walmart and Target which had brought forward orders, are now looking at discounting stocks and cancelling further orders, while Newell Brands, distributor of major brands, including Sharpies, Yankee Candle, Parker and Rubbermaid, said retailers were reducing orders, following the previous trend to bulk up inventories, according to the WSJ.

Primark, part of Associated British Foods, confirmed in a pre-full year results trading update this morning that it had advanced its inventory purchases this year, following supply chain challenges.

The company said it had seen working capital increase by some £750m ($865m), reflecting “inflation, and the timing of receipt of Primark autumn/winter inventory around the year-end dates, which contributed some £440m of the increase; the late arrival of inventory at the end of last year as a result of supply chain difficulties contributed some £200m of the increase and the planned earlier-than-usual arrival of inventory this financial year-end contributed a further £240m”.

It added: “Our expectation is that net cash before lease liabilities will be some £1.5bn at the year end, and would have been £1.7bn had we not chosen to advance the Primark inventory purchase this year-end. This compares with £1.9bn at the end of the last financial year.”

The clothing retailer said it would not raise prices in a bid to retain customers, despite higher costs resulting from supply chain disruption, inflation, and rising energy and labour costs.

Meanwhile, Samsung said this week it expected to see a continuation of the downturn in chip sales. Kyung Kye-hyun, Samsung’s co-CEO told media: “The second half of this year looks bad and, as of now, next year doesn’t really seem to show a clear momentum for much improvement.”

While this could all bode badly for the transport industry’s second half, air cargo data has revealed some signs of improvement.

Xeneta’s Clive Data Services said the slowdown in demand had eased off – despite August traditionally being the weakest month. June and July saw year-on-year falls in demand of 8% and 9% – but in August, this tailed off to 5%. 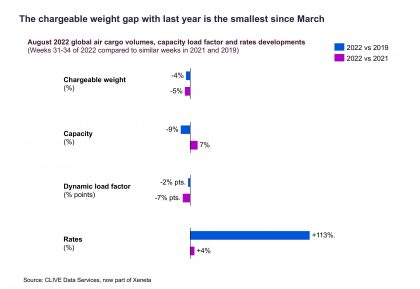 While capacity has recovered over the summer, as passengers headed abroad again, airlines are looking to reduce flight schedules as economies slow down. Jet fuel prices are also nearly 10% lower than a month ago, and spot prices are also at their lowest point since September last year, boosting demand. 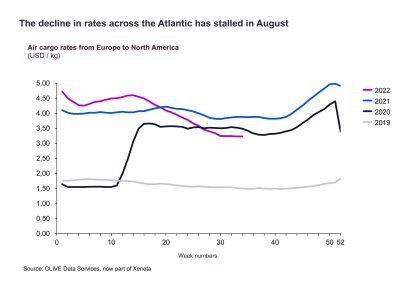 Niall van de Wouw, chief airfreight officer at Xeneta, said: “In many respects, this latest data is quite remarkable, relative to the two previous months, because volumes in August – traditionally the quietest summer month due to the holiday season – levelled out and outperformed June and July, compared with last year’s volumes.

“The strong dollar and its parity with the euro clearly boosted demand from Europe to North America, with westbound load factor remaining above average for the month, at 61%, and rates stabilising on these lanes.”

While Mr van de Wouw acknowledged that there were “expectations of a muted peak season”, the August data was “unexpected”.

He said: “Heading into summer, we saw a 15% increase in transatlantic capacity. Now, with a slowdown in global economies expected in the near term, airlines are reporting reductions in their winter schedules and we are likely to see continued capacity constraints on popular air cargo tradelanes, such as outbound Asia to Europe and North America, and Europe to North America.

“If the fall in demand is easing, however, as August indicates, that capacity shift could see us return to a seller’s market again and load factors return to the mid 70% to 80% range. It is fair to assume volumes will be higher in November than in August.”