News / Port of Oakland on the rebound, as services return to fully operational berths 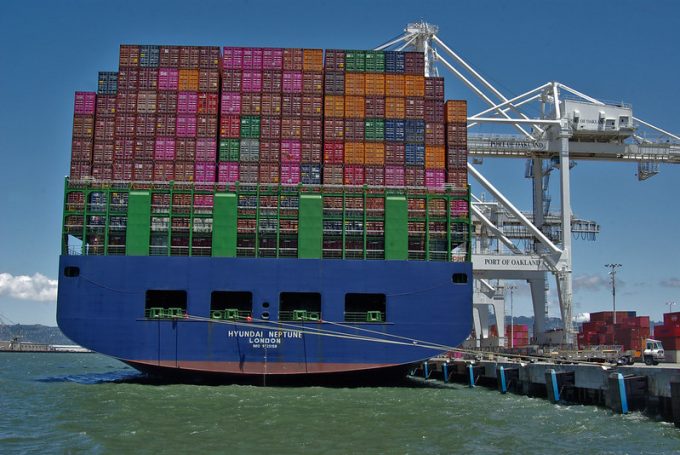 Transpacific traffic is on the rise again at the port of Oakland, as the Ocean Network Express (ONE) is about to resume service to the US port next month.

Starting on 13 November, the Japanese carrier alliance will add Oakland again to its PS5 service, having dropped the port in 2019. The service will run from Shanghai over Ningbo to Los Angeles and Oakland, returning to Shanghai via Tokyo.

The resumption of ONE’s calls has been welcomed by US agriculture exporters clamouring for more capacity to Asia.

According to the Agriculture Transportation Coalition, exporters in northern California as well as in the Midwest have been “desperate to get services back to Oakland.”

The port has beefed up its capability to handle chilled and frozen perishables in recent years, but has also benefited from being the last US port of call of some transpacific container services, resulting in shorter transit times to Asian markets.

This made Oakland the premier export gateway for US beef shipments to Asia, a position it has been able to consolidate this year. In the first seven months, its beef exports rose 25%, at an estimated value of $1.5bn. Japan was the biggest customer, accounting for 55%, China, Hong Kong and Taiwan took 24% and 19% went to South Korea.

But despite the Asian appetite for US beef, Oakland’s exports were down 5.8%, year on year, in August, while imports were 1.6% higher than the previous August. Over the first eight months of the year, the port registered 14% growth in imports.

This is somewhat ironic, as the port recorded 68 vessel calls in August, a 40% slump from 12 months earlier.

According to the port, this is chiefly the result of service suspensions or vessel diversions to other ports. Oakland has been on on a rollercoaster ride, in terms of container services this year.

Early hopes of new container services that would boost imports were dashed in the spring. Hapag-Lloyd suspended its service to the California port, while Zim, which had planned to make Oakland its first US port of call for a new service, shifted this to Los Angeles. CMA CGM, which had launched a fast transpacific service early in the year with Oakland as its first US port, has alternated calls between it and Seattle.

Port officials have argued that the diversions and suspensions, in response to congestion and delays, were largely the result of insufficient labour resources and the temporary loss of one of Oakland’s three piers as new post-panamax cranes were being installed.

According to them, the port is in a much better situation today, with the piers – and cranes – fully operational and more dockworkers recruited to boost the labour pool.

And today there are no container vessels waiting for berth space to be unloaded – unlike in June, when 28 ships were at anchorage. Port officials have signalled that Oakland could relieve some of the congestion at Los Angeles and Long Beach.

Bryan Brandes, the port’s maritime director, expects vessel calls to keep rising and that services suspended or diverted should be back in place before the end of the year.