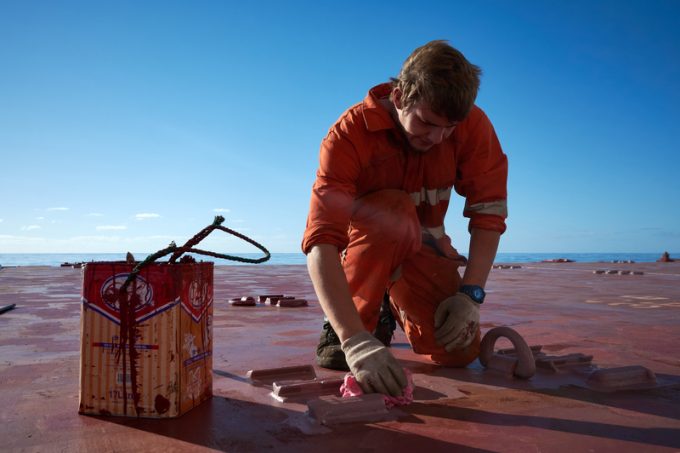 The Philippines today opened the first green lane to allow seafarers to travel unhindered across its borders, as measures to relieve the hundreds of thousands of trapped vessel crew members were stepped up.

The country is the largest supplier of seafarers to the shipping industry and the programme is designed to “ensure that seafarers are accorded speedy and safe travel, subject to health protocols mandated by the Philippine government, including safe and swift disembarkation and crew change.

“This also intends to prevent the spread of Covid-19 for both Filipino and foreign seafarers whether inbound, outbound or transiting during crew change or repatriation.”

The announcement came amid new warnings that the number of seafarers unable to either embark of disembark vessels had grown exponentially and could now be nearing half a million personnel.

The problem shows little sign of abating until commercial flights are resumed – although a number of dedicated charter fights had been arranged by air operators on behalf of manning agencies and ship management companies, these were unable to stem the growing tide, according to Belal Ahmed, chairman of the International Maritime Employers’​ Council and MD of Singapore-based Western Shipping.

“In March, the number of seafarers that needed to be changed amounted to 200,000. After all the special charter flights that had been arranged to carry seafarers, that number was reduced by 40,000-50,000, but in every month since we have added another 100,000 seafarers that need to travel. Unless we can clear that logjam we are going experience huge problems,” he told a webinar organised by Capital Link, yesterday

“The Philippines government cannot do all this by itself – for example, it cannot open the door for Filipino seafarers to arrive in the EU without a visa. We only need temporary solutions to resolve this, but how do we wake governments up?” he added.

Steve Cotton, secretary general of maritime union the International Transport Workers Federation (ITF), said: “We are now at the stage where this has become a humanitarian issue – we have been begging airlines to resume flights, but it is governments that authorises those flights.

Guy Platten, secretary general of the International Chamber of Shipping (ICS) said: “Not one group alone is going to solve this – everybody has to work together.

“It is not just about resuming flights out of the major labour supply countries; it’s now about really getting the governments to appreciate how serious this is, because without crew changes resuming, the global supply chain is under threat.”

He pointed to the IMO’s 12-step protocol for safe crew exchanges as being able to provide guarantees to national health departments that “we are taking the risks seriously.

“This pandemic is going to be with us for months at least – so we cannot just put crew changes into abeyance; we have to put a sustainable process in place.”

Philippines foreign affairs secretary Teodoro Locsin said today: “We need to address the situation of the world’s seafarers, without whom there would be no shipping and who ensure the maintenance of global supply chains.”