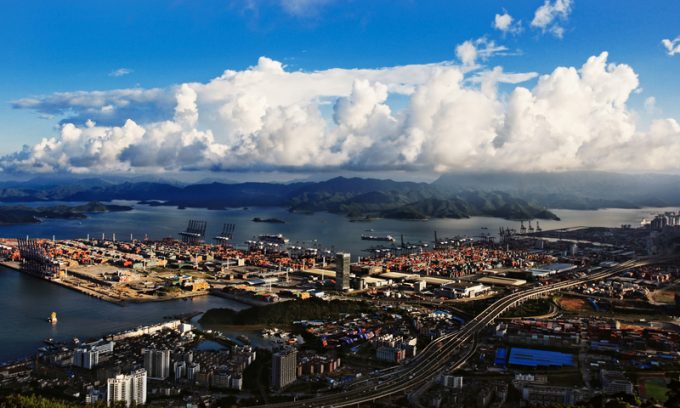 Forwarders have warned of landside logistics disruption in China from the latest round of Covid-related lockdowns, despite key gateway ports said to be operating normally.

For example, Maersk claimed it was “business as usual” at Shenzhen and Shanghai, but noted the major lockdown in Shenzhen, home to the Yantian container terminal, would see warehouses and container freight stations closed until at least Sunday.

Seko Logistics warned that, while there was no direct hit on ocean terminals and carrier operations, there was “potential impact on ocean freight due to trucking restrictions if picking up from outside Shenzhen or a locked-down area.

“Most carrier staff, like those of CMA, ONE, HMM, Matson, have started working from home, which may cause delays in communication, emails and operations. There are trucking restrictions for vehicles traveling in and out of Shenzhen, which means no cargo from outside the restricted area can enter.”

Furthermore, according to Alphaliner, even with ports open, the lack of terminal handling staff and expected trucking delays could force carriers to “skip numerous Pearl River Delta calls, or keep vessels waiting”.

It added: “The greater Shenzhen region is also China’s hi-tech hub, a centre of manufacturing for electronic devices such as smartphones, computers or TVs. Shenzhen is home to industry majors such as Huawei, Oppo, TCL and Foxconn, manufacturing components for Apple, Samsung, Amazon, Intel, Nvidia and many more.”

Cross-border trucking with Hong Kong is also affected, according to Norman Global Logistics (NGL) Asia, with capacity limited and long waiting times. The forwarder added: “Many goods for cross-border are now transported by ocean due to limited truck capacity. Warehouses in Hong Kong have reduced capacity for cargo handling, causing delays for handling and loading.”

In Shanghai, said to be “on the brink” of lockdown and already imposed restrictions on passenger flights, so far there is no direct impact on ocean terminal operations. However, Seko Logistics added: “Trucking restrictions in Shanghai have caused some shipments to be moved out of Ningbo. CFS warehouses require drivers to have Covid test reports valid for 48 hours.”

Furthermore, NGL said some factories had stopped or reduced operations based on local conditions.

Meanwhile, there have been reports of lengthening ship queues outside Chinese ports – according to Bloomberg, there are 262 vessels waiting outside Shanghai and Ningbo, up from 243 last week.