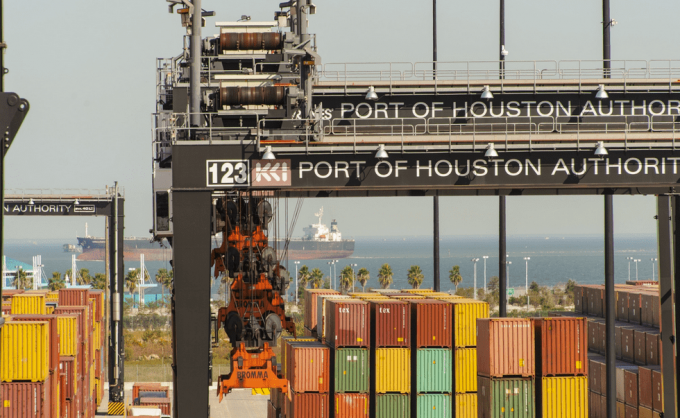 To avoid the congestion at major west coast gateways, US importers have now clogged up ports elsewhere and, instead of Los Angeles and Long Beach, it’s Houston that now has the biggest problem, according to ITS Logistics.

It’s current US Port/Rail Ramp Freight Index rates operational issues at the US Gulf region’s port as ‘high’, whereas operations on the west coast are normal. Other regions are rated as having ‘moderate’ issues.

Houston’s challenges span the gamut of problems importers and operators have been struggling with for the past year – from vessel congestion and clogged terminals to depleted chassis pools and low container storage space.

All these issues, plus the Gulf hurricane season, are regarded by ITS as potential headwinds for Houston.

Bob Imbriani, EVP international of forwarder Team Worldwide, said: “The port situation seems to move around. For some time Houston has started to top the list for delays. Vessels are unloaded in a reasonable time, with limited delays, but retrieval is the problem. Terminal delays, equipment shortages, space issues and rail delays are all increasing.”

The port’s infrastructure has been overwhelmed by surging volumes, added Paul Brashier, VP drayage and intermodal at ITS.

The strongest driver of this has been the shift of Asian imports from the traditional west coast gateways to ports on the US east and Gulf coasts, as beneficial cargo owners wanted to avoid a repeat of last year’s logjam at the LA/LB complex. They were also worried that contract negotiations between the Pacific Maritime Association and International Longshore and Warehouse Union might escalate to work stoppages.

Also contributing is booming oil drilling in Texas and Mexico, as Houston is the natural gateway for imports for this.

Meanwhile, rail moves from the west coast to Dallas have been in “an absolute mess for the past four to five months”, noted Craig Grossgart, SVP global ocean at Seko Logistics, which has also prompted customers to switch traffic to Houston.

But the port’s two container terminals coped reasonably well, although they had their challenges, he said. Bayport had some emergency dredging done and installed some new cranes, while Barbours Cut installed second-hand cranes acquired from Bayport.

The port also had to handle some box traffic at other terminals, such as a ro-ro facility, said Mr Brashier. “The terminals are well run, but lack of chassis has been a problem,” he added.

Empty boxes have exacerbated the space shortage at terminals and all these problems pushed up average dwell times on the import side from three to four days to 6.5, while exports averaged 10.5 days, double the normal dwell time.

All this has pushed the operational challenges at Houston above other US ports.

“Houston is a high concern, but not as much as LA last year. We haven’t had a lot of demurrage issues,” Mr Brashier said.

And the port has taken measures to alleviate the problems. In August, it opened gates on Saturdays, to provide an extra day for import retrieval, and also limited on-dock laden space to reduce congestion, but this meant additional grief for exporters already hit by delays.

Meanwhile, the port is preparing for elevated volumes in the longer term. It will add 20 acres of container yard space at Barbours Cut terminal by Q2 23, and has bought 29 electric cranes, due to start arriving by the fourth quarter next year.

US drayage challenges shift – alongside container imports – from coast to coast

Having grappled with congestion at the port complex of Los Angeles and Long Beach, the ...