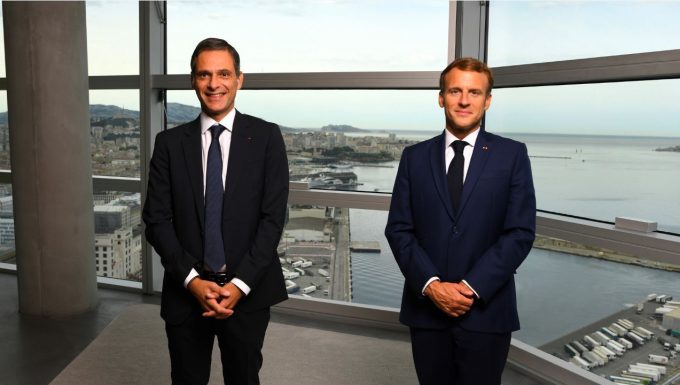 In a seemingly patriotic gesture, against a backdrop of rising inflation, CMA CGM has announced it is lowering ocean freight rates to support the purchasing power of French households.

It will introduce a €500 ($520.70) reduction per container on all imports for its major retailer customers in France and its overseas territories for a year from 1 August.

Recent months have seen the Macron administration play a behind-the-scenes role in the Marseilles-based group, as it forged a major air cargo partnership with Air France-KLM (taking 9% of the airline group, in which the state has a 28.6% shareholding) and acquiring domestic automotive and logistics company  Gefco, which was 75%-owned by Russian Railways.

CMA CGM said it was essential that retailers supported the measure (in their own pricing) to maximise the impact and ensure an effective reduction in consumer prices, adding it “represents reduction of nearly 10% in freight rates”.

Consultant Lars Jensen said: “Seems like the reverse to government subsidies – shipping lines being asked to subsidise shippers in a specific country. To be frank, such political pressure should not be seen as surprising,  rather we should expect to see more pressure, going forward.”He said governments were seeing a (shipping) industry which has become extremely profitable, which “makes them an easy political target, as they can potentially ‘deliver’ on multiple fronts. Consequently, we should see this as the beginning of a process”.

Mr Jensen added: “Initially we saw the US president chastise the carriers, now we see the French government moving in to this space as well.

“I would not be surprised to see more developments on this front in 2022, and if the market remains under pressure some politicians might see the 2023 discussions about whether or not to extend the EU antitrust exemption for the liners as an opportunity to score more political points against what is increasingly seen as an industry making unreasonable profits.

“This is not about the structure of the industry, it is about politics and voters.”

In September, CMA CGM implemented a freeze on ‘floating’, or spot, freight rates on all of its shipping lines – a measure still in force – underlining that it was prioritising its long-term relationship with customers “in the face of an unprecedented situation in the shipping industry”.

The group said it had also continued its commitment to SMEs, allocating dedicated capacity on its vessels to customers in this category on tradelanes where the squeeze is highest (Europe, North America) at a negotiated rate usually only accessible with much larger volume commitments.

In autumn 2020 and 2021, it also introduced additional vessels on services to France to increase capacity, particularly between Asia and Europe, in order to meet customers’ needs in the face of exceptional demand as the holiday season approached.