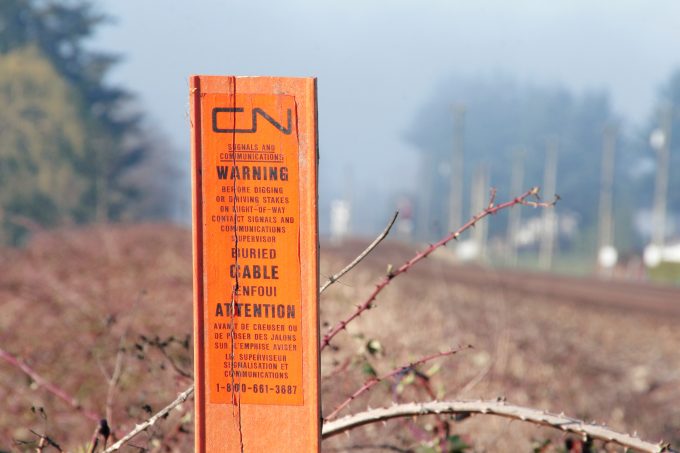 Although rail services between the port of Vancouver and the Canadian interior resumed after the devastating fire that ravaged a town and a nearby First Nations community, constraints on the rail network are causing cargo to pile up on docks and ships to line up for service.

And some traffic is being diverted up the coast to Prince Rupert.

Trains are back in action after a two-day stop, but the traffic moving is a far cry from volumes seen before the fire.

To the frustration of customers, the rail companies have not been very forthcoming with details on disruptions, but it is no secret that new fires and elevated fire risks have taken their toll on volumes, train frequencies and speeds – one rail customer described services as “intermittent” and at “reduced capacity’.

Trains have been forced to stop on several occasions, while others travel at lower speeds in compliance with new guidelines for regions with extreme fire risk ratings.

Canadian National (CN) has taken the brunt of the disruptions. Whereas the fire damage to Canadian Pacific’s (CP) tracks were repaired fairly quickly, CN has not yet been able to repair tracks and a bridge on its line that had been affected. The carrier is moving traffic on CP’s line, under a co-production arrangement, and has re-routed some cargo to its line from Vancouver to Prince George. But boxes are piling up at its rail yards and on docks in Vancouver.

The port’s online dashboard yesterday shows containers headed inland on CN have dwell times of five to seven days at two of the port’s four container terminals, and more than seven days at the other two. CP’s average box dwell times on the docks are three to five days on three terminals and three days or less at Deltaport.

It has not helped that imports continue to pour in. In May, Vancouver’s import container count was up 39%, year on year, and there is no sign of traffic letting up. By most estimates, the peak season is off to an early start and will continue strong.

By one estimate, it will take weeks to clear container volumes at the port. As more and more containers get stuck at the docks, wait times for ships have been rising. The port authority has warned for days that demand for anchorage has been high and getting close to capacity.

However, apparently the congestion could be worse still. According to one report, several vessel operators with ships headed for Vancouver have resorted to slow-steaming to delay arrival at the port.

While importers are getting nervous about their inbound traffic, Canadian grain shippers are still weeks away from unleashing their exports, so there is hope that rail fluidity will have improved by then to allow normal access times to the port. However, concerns are beginning to rise of a shortage of empty boxes to fill with exports, as rail disruptions have affected the flow of empties to the interior.

Some shippers are looking for alternatives to Vancouver. Canadian mining giant Teck Resources estimates its coal sales for steel production will drop 300,000-500,000 tonnes. The company has changed course on some shipments, routing them through the port of Prince Rupert.

And at least two vessel operators have also decided Prince Rupert is a safer bet. Its rail line to the interior has not been affected by any of the fires and it would not be surprising if other shippers and carriers came to the same conclusion in the coming days.

Predictions for the weather conditions point to continuing high fire risk in the weeks ahead.

Prince Rupert port speculates to accumulate after a setback in volumes

Last year was a strange one for the Canadian port of Prince Rupert. Having clocked up ...

Rail company Canadian National (CN) has announced it will ask the Surface Transportation Board (STB) ...