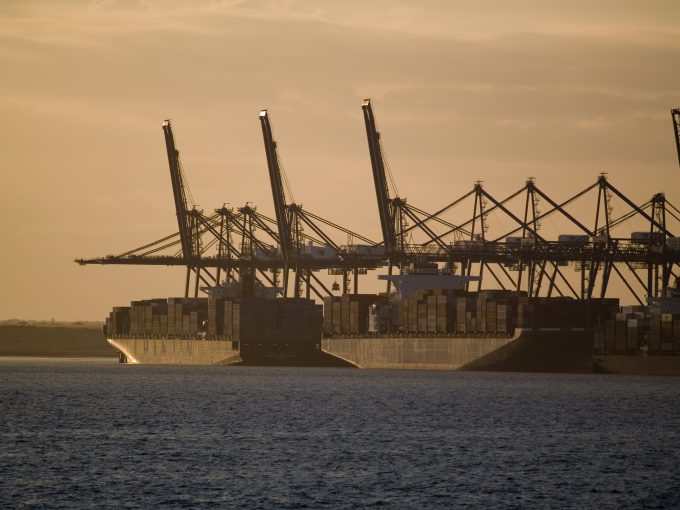 Appraisals of the situation at Felixstowe conflicted today – a report warned that some $2bn of imports could be affected at the current rate of congestion, while  Conservative Party co-chairman Oliver Dowden insisted the “backlog” was “improving”.

And he advised Christmas shoppers in the UK to buy as normal – advice that came just hours after Maersk began diverting containers from the UK “to relieve the strain”.

The report, authored by risk modelling consultant Russell Group, said billions of dollars’ worth of imports would be impacted in the run-up to the holiday season. The modelling was based on ten weeks of trade in 2020, from mid-October to end-December.

Clothing, Russell said, would be worst affected, with Asda and Tesco the hardest-hit retailers, with $63m and $46m of exposure, respectively. John Lewis ($44m), Chanel ($41m) and M&S ($41m) make up the top five predicted to be the most-affected by delays.

“The delays at Felixstowe in coping with the pent-up demand should not be a surprise to experienced observers of global trade events, as this is an issue that is affecting major ports, from Long Beach to Yantian, across the world,” said Suki Basi, CEO of Russell Group.

Peter Wilson, MD of Cory Brothers, reported this morning there had been “some easing”, and despite describing the supply chain as being under “huge strain”, insisted it would “not fail”.

He said: “The HGV driver situation is extremely difficult in the UK, and we are seeing significant delays in getting boxes into distribution centres… importers are getting the boxes in early, getting them in now rather than, say, early November, so we’ve got time to distribute to stores.”

But one freight forwarder working out of Felixstowe told The Loadstar that, while the shortage of HGV drivers was a major problem – his company could not secure any HGV deliveries before 10 November – empty containers were by far the bigger issue.

He explained: “We are getting things out of Felixstowe, and the lead time is improving on deliveries, but the shipping lines have all gone over their allocation of empties, so there is nowhere to put anything.”

Indicative of the seriousness of the issue was a message to customers today, saying Felixstowe would not be able to accept Maersk or Evergreen empty containers via road from 7am tomorrow.

In response, Maersk sent a vessel to Felixstowe over the weekend to collect 4,000 empty containers and, in the past 24 hours, took the decision to re-route many UK-bound containers to mainland Europe.

“I don’t know what Maersk diverting ships away will do,” said the freight forwarder, “as far as we know, Europe is as bad as we are.”