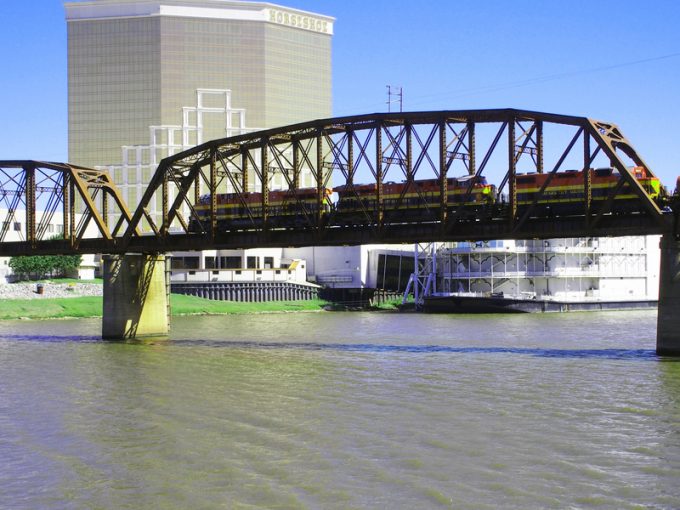 Canadian Pacific’s pursuit of Kansas City Southern (KCS) railroad may be back on, after US lawyers described rival Canadian National’s higher bid as a “risk to competition”.

In a filing to the Surface Transportation Board (STB), the US Department of Justice said the STB should not permit a CN-KCS tie-up which “appears to pose greater risks to competition” than a merger with CP.

The filing claims the deal could spark “potential elimination of direct competition on routes served by both, for example Baton Rouge and New Orleans” .

It adds: “These threats to competition would be present immediately… CN managers would have diminished incentives to compete aggressively against KCS in areas served by both railroads because winning business away from KCS would hurt CN’s shareholders, and vice versa.”

However, CP can’t consider the news of the DoJ’s opposition to the CN bid as an endorsement of its own attempts to acquire the company; the department appears opposed to the voting trust format of the deal proposed by both Canadian carriers.

But the DOJ said it had “specific competitive concerns” over CN’s transaction, which magnified the general risks associated with voting trusts.

However, one analyst suggested that the DoJ was “not supporting the CP deal, but favouring it” over the CN offer.

So far, the STB has yet to comment on CN’s proposed voting trust and, while the analyst told The Loadstar they could see CN as the winning bidder for KCS, they also noted that, after all the bidding was done, “regulators may well tell both [CP and CN] to go to hell”.

On Friday, it seemed CN had managed to get round the final bend in securing an agreement after KCS told CP of its intent to terminate their proposed merger agreement. CP’s “favoured buyer” status was not enough to outdo CN’s $33.6bn bid alongside its offer to cover the $700m termination fee KCS would be required to pay CP and a reported pledge of $1bn for the US railroad if the deal went south.

The analyst said one route back for CP was to up its $29bn offer, but did not see it happening.