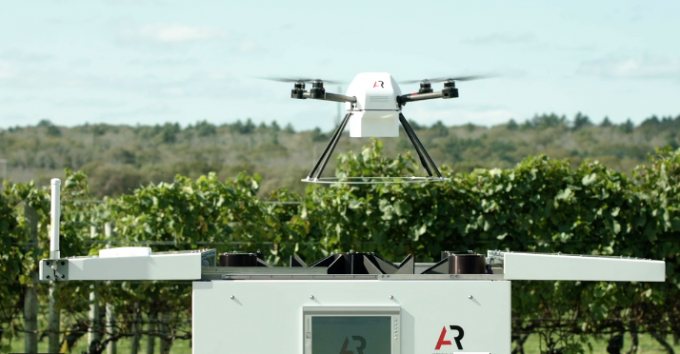 The US Federal Aviation Administration (FAA) is in a high gear to make commercial drone operations a reality.

Shortly after publishing pivotal new rules for the sector, the administration has allowed a Massachusetts-based company to conduct beyond-line-of-sight operations – a move regarded as critical for the establishment of commercial activities.

After four years of testing and refining its drone and the software to control it, American Robotics became the first US operator to get official permission to fly drones beyond line of sight when the FAA granted a waiver until 31 January.

With the company’s autonomous system, a user can monitor one or several drones at distances of up to 1,000 miles.

Under the terms of the waiver, American Robotics has to notify air authorities at least 24 hours before a flight of location, altitude, operational area and time and nature. It cannot operate its drones within two nautical miles of an airport or above 400 feet.

While this limits the scope of activities, the waiver has been hailed as a major breakthrough for commercial drone operations in the US, as it essentially enables operators to fly on pre-set routes.

Lisa Ellman, executive director of the Commercial Drone Alliance, added: “Enabling expanded operations beyond visual line of sight is critical for the industry to truly take off.”

The waiver came less than three weeks after the FAA issued two final rules pivotal for commercial drone operations: the first establishes a framework for remote identification of drones, which includes the drone’s serial number, unique flight ID number, time reference, location coordinates and other relevant information providing a unique identifier of each flight for the authorities to monitor; the second allows drones to fly over people and moving vehicles, and at night.

The new rules are set to come into effect in early March, 60 days after their entry into the public register.

Essentially they open the door to nationwide deployment of drones without a need for specific waivers and have been welcomed as a major step closer to a traffic management system for unmanned aircraft and, with with the elimination of line of sight restrictions, open a pathway to commercial operations.

Some observers are now predicting a new wave of innovation in drone manufacturing and operations.

According to the FAA, more than 1.7 million drones have been registered in the US and there are about 203,000 FAA-certified pilots. The integrators (FedEx indirectly through partner Wing Aviation) and Amazon have licences for parcel deliveries and are conducting trials. FedEx started such tests in October 2019 with Wing in Virginia.

Empire Unmanned, the drone subsidiary of US aircraft operator and MRO provider Empire Airlines, is not rushing into new US operations, though. Although one of the largest regional contract operators for FedEx, it has not got involved in the integrator’s tests with drones so far, but concentrates chiefly on surveillance work.

“We’re sitting back to see how it evolves and how big it’s going to be,” said Empire president Tim Komberec, who sees the FAA’s recent steps as moves in the right direction.

“There are still restrictions. You still have to have somebody at the launch site, and you still have to fly at low altitude, but 400 feet is okay for package deliveries,” he said.

SCD: FedEx will sell space on empty container imports as a congestion-bypass service