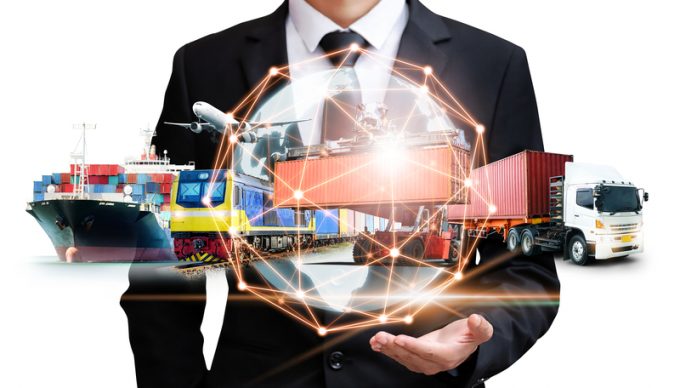 India’s Allcargo is looking for investment to accelerate the development of its global network via ECU Worldwide, its LCL consolidator subsidiary.

A note to the stock exchange at the end of September, which said Allcargo Belgium had appointed Jefferies to “evaluate fundraising opportunities for private equity and strategic investment in international supply chain business, which operates under the brand name ECU Worldwide”, was widely interpreted as notice of a sale or partial sale.

However, Allcargo insisted instead that it is looking for acquisition targets.

The note continued: “The appointment of Jeffries is in line with our strategic objectives and digital growth ambitions … We continue to look for acquisitions that are strategic and growth-led and help us build a stronger digital ecosystem.”

Like many, ECU Worldwide has had a bumpy pandemic, including a cyber attack in February, but its LCL proposition has thrived in the turbulent freight markets, while its  volumes in the third quarter were up 25% year-on-year.

Perhaps most fortuitously, in March 2020, before the pandemic caused global lockdowns, ECU signed a contract with Pacific shipping line Matson, which has short transit times and allowed ECU to compete to some extent with air freight.

“We partnered with Matson who runs smaller ships into the terminal it owns in Los Angeles,” explained ECU chief executive Tim Tudor.

“Last week, there were 67 ships waiting at the port of Los Angeles, but thanks to the deal with Matson, there are no delays for us. The vessels arrive there on Sunday, we’re unpacking boxes Monday morning.”

He said the first shipments were PPE – a commodity he wasn’t very familiar with before.

“All of a sudden, we’re full, and we handled more PPE than I ever thought we would.”

ECU Worldwide has a customer pledge that it has strived to fulfil  – despite the challenges.

“We make freight available 24 hours after delivery, anywhere in the world. That is very much achievable normally. But the pain point for us during the pandemic has been the unpacking.

“In the UK, at one point, we got up to a 22-day delay in unpacking cargo, because of the sheer volume of cargo sitting at Felixstowe,” he said. “That’s now down to within a week.”

Alongside the deal with Matson, ECU appears to seek out lesser-used routes, such as its sea-air offering to Latin America, which arrives in Los Angeles by sea, is trucked to Miami and flown to Latin America. It also now has rail services from China to Europe

Creating niche opportunities has also allowed ECU to take big market shares in some regions, including India, the UK, Belgium and France – although Mr Tudor acknowledged he would like to see more growth in other areas.

ECU’s pride and joy – and the key to its growth, it claimed – is its ECU360 digital supply chain platform, “a disruptor”.

“ECU placed its bet on digital technology to be the game-changer much before the global pandemic accelerated its pace to a whole new level,” it said. “Accordingly, the company launched ECU360 – a state-of-the-art logistics platform envisioned to be a disruptor in the way logistics is done.

“And disrupt it has. Among the very many other benefits of having an API and EDI-integrated tool redefining global cargo movement, cross-trade shipments are an unparalleled benefit for freight forwarders.”

Mr Tudor said: “It’s accessible, takes bookings, processes transactions and tracks freight globally – it’s a huge benefit and has been developed over multiple years. It puts us in the driver’s seat for disruption, and allows smooth flows, supporting more direct trade lanes. Not touching the freight multiple times is key in LCL.”

ECU has also expanded its brief, offering air freight, FCL and door-to-door services in all modes, first and last mile.

And has it felt threatened or encouraged by the boom in e-commerce?

“[Amazon] moves so much freight through its system. There’s an entire industry that surrounds Amazon distribution centres. As inventory gets depleted, it is replenished from local facilities. Amazon doesn’t always sell its own goods – it’s an aggregator.

“It’s in the air freight space. Can Amazon become a shipping company? Can it become an LCL consolidator? Yes it can, but there’s so much freight out there that the space is huge.

“We are not afraid of losing cargo to it, no. We can complement its services.”

One of ECU’s biggest worries however, is the problem of burnout in the industry.

“We have seen so much resilience from people, but you have to be careful. People have worked long, long hours. Zoom has become a necessary way of life – and it continues, while travel is now starting again too,” said Mr Tudor.

But he added that ECU has managed to attract top talent in leadership roles in the past year.

“It’s tough to tell how long all this will last – it differs from state to state and country to country. I think it will take a while before we are back to normal. In the interim, however, we have learned to excel at a ‘new normal.”

Coming soon: How ECU Worldwide fought off a cyber attack