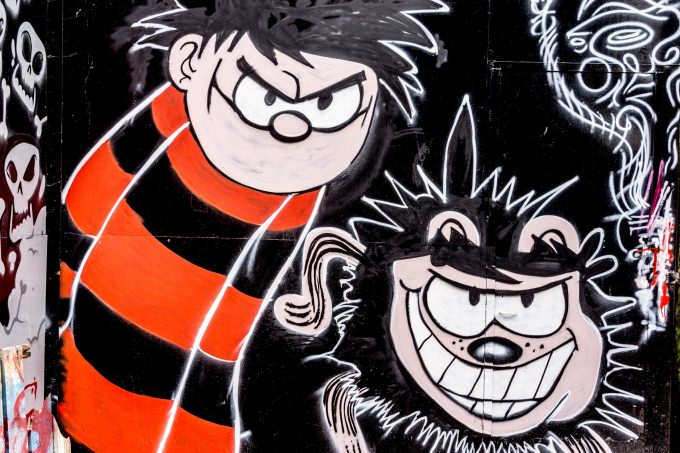 Anyone of a certain age in the UK will remember Dennis the Menace, a children’s comic character who put a spanner into the works of any adult plan. Now, climate activists, acting like Dennis, are looking to disrupt the fossil fuel lobby’s plans on climate change solutions.

The debate around global warming and maritime’s role in avoiding the catastrophic consequences of global warming is about to heat up, if you’ll pardon the pun. But the seriousness of the discussion cannot be avoided. It is a do or die moment for all life on the planet, a man-made crisis that is gathering pace and needs to be checked fast.

It’s not that the events and suffering caused by the climate crisis are funny, more that the response from some sections of the maritime sector offers an insight into the difficulties that responsible observers have in persuading some in shipping that there is no time to act like the present.

Senior members of pressure group SEA-LNG, the proponents of natural gas as a ‘transitional’ fuel, held a round-table discussion with journalists and selected experts in their field, including representatives from vessel designers, engine manufacturers, oil companies, financial institutions and vessel operators. Included in the discussion were several journalists ranging from UK nationals to commercial and technical trade publications.

I am happy to report that yours truly was there and, never short of a word or two of advice, was involved in the lively debate that ensued. An aspiring Dennis if ever there was one.

In precis, the debate effectively took the form of those backing LNG as a transitional fuel, the industry people at the table, and at least one dissenter who argued that as a fossil fuel LNG was effectively dead in the water.

As Chatham House rules were applied to this round-table event, which for accuracy’s sake was held sat around a disappointingly rectangular dinner table, I cannot tell you who was there, but I can tell you that, given the event was organised by SEA-LNG and its PR team, there may have been a slight bias towards the so-called ‘fuel of the future’.

The debate offered a preview of discussions that could take place at the International Maritime Organization’s 78th Marine Environment Committee (MEPC 78) meeting, a five-day event starting on 6 June.

Much of the pre-meeting discussions, particularly at the intersessional working group meetings, has been centred on the practical measures required to implement the Energy Efficiency of Existing Ships Index, also referred to as EEXI, the Ship Energy Efficiency Management Plan (SEEMP) and the CII, or Carbon Intensity Indicator, due to be enforced from 1 January 2023.

However, there are sure to be discussions around market-based measures such as the EU’s Emissions Trading Scheme and the question of whether the maritime sector should introduce a global levy. In addition, the move by more than 20 countries at COP 26 to cut methane emissions could be a game-changer for the maritime sector.

According to Alphaliner there are 120 orders for “compact” vessels in the 7,000-8,000 teu size, of which 50%, due to be delivered by the end of 2024, will be powered by LNG, raising the levels of methane emissions from shipping, recorded as increasing by 87% in the IMO’s last GHG study.

Even so, some significant steps have already been taken by some major containership operators, such as Maersk, to move away from LNG and go directly to a net-zero fuel, such as methanol.

Moreover, there could be a shift at the IMO, with some in the maritime industry and certain maritime states wanting to increase its level of ambition from a 50% cut in greenhouse gas (GHG) emissions, compared with 2008 levels, by 2050, to 100%.

If the IMO does increase its level of ambition in an effort to meet the Paris goals of maintaining global warming at or below 2˚C, this could well be a Dennis the Menace moment for those that have ordered LNG-powered vessels.

Denmark, the Marshall Islands and the US were joined on stage at COP26 in Glasgow last year to argue that the industry must push on further and faster. John Kerry, of the US, argued that by announcing this move and the shift to zero-carbon fuels it signalled to fuel companies that there is a demand for this fuel and that would stimulate its development.

Published on 23 May, the PNAS report says: “The critical need to curb near-term warming and limit warming to well below 2°C requires broadening the zero carbon dioxide emissions approach, which focuses on mitigating the long-term warming, with other approaches that can quickly reduce the near-term warming by including non-CO2 warming pollutants as an additional major focus of climate mitigation actions.”

Non-CO2 GHG emissions include nitrous oxides, chlorofluorocarbons (CFCs) and methane, the major component of LNG. According to the PNAS report a UN-commissioned study in 1985 revealed that non-CO2 emissions contributed as much to global warming as CO2 itself.

Turning back to the SEA-LNG-organised round-table discussion then, the need to shift the industry away from LNG and its killer methane emissions becomes clear. Not so, says SEA-LNG, the only fuel available today that can cut emissions by 23% is LNG, and this is an immediate cut to emissions. Though SEA-LNG’s own commissioned report from Sphera says average reductions would be as little as 16%.  Nevertheless, LNG apologists claim that, with new technology now under development, methane slip – the emitting of unburnt methane from LNG powered engines – will be eliminated by 2030.

According to SEA-LNG and those on the pro-LNG side of the discussion, the gas will prove to be a transitional fuel that will be developed into green LNG which will be carbon-neutral, and that will mean only the return to the atmosphere of GHG that has been removed from the atmosphere by mitigation methods.

Consultancy Wood MacKenzie explained: “Carbon-neutral does not mean the LNG cargo creates zero emissions. Instead, the carbon emissions associated with the upstream production, liquefaction, transport and, if required, combustion of the gas is measured, certified and offset through the purchase and use of carbon credits, which support reforestation, afforestation or other renewable projects.”

Interestingly, the oil major representative at the round-table believed that green LNG had promise as a carbon-neutral way forward, with others chiming in to back the view that upstream emissions were negligible and that all competing net zero fuels, such as hydrogen, methanol and ammonia, would use LNG as a base.

In an exclusive interview with The Loadstar, Shell’s general manager for decarbonisation, Alexandra Ebbinghaus, said: “I think we all agree that if we want to decarbonise, as a starting point everybody is looking for a net-zero solution as soon as possible. We know we can only achieve that if you have alternative fuels. You can’t do that with fossil fuels.”

Ms Ebbinghaus was at pains to get across that Shell was transitioning from being an oil and gas producer to being an “energy company”. In effect, Shell is looking to develop zero-carbon solutions for the maritime sector.

According to Ms Ebbinghaus, green hydrogen will be a major factor in the decarbonisation pathway for the maritime sector, partly because not everything can be electrified. In addition, Shell is looking at biofuels and ethanol blends as alternatives.

Like John Kerry at COP26, Shell argues that it needs to see demand for it to invest and realise its transition from an oil major to an energy company.

However, Ms Ebbinghaus still came to the conclusion that green LNG was a viable solution in the short-term, arguing that reductions in methane were possible by capturing methane from farm-produced waste, which would be released into the atmosphere, and burning this gas to produce carbon dioxide, 2.75 tonnes of CO2 for every tonne of methane burned.

Man-made global warming is without doubt the major issue of the 21st century and is a clear threat to life on this planet – we are at a critical juncture in the battle to maintain the planet’s atmosphere.

Major oil companies receive upwards of $600bn in subsidies, effectively meaning we are paying to asphyxiate ourselves and future generations. Those subsidies would be better spent developing clean fuels.

Subsidies are not something the ‘oil majors’ wish to discuss. Rather, they would prefer to hike the price of oil in an effort to raise the cost to similar levels of alternative fuels, such as hydrogen, ammonia and methanol.

Increasing the price of oil would put major pressure on those less able to pay for energy, while gifting the oil companies even larger profits than the record levels they are already raking in. BP is a “cash machine” said one company executive recently.

If ever there was a time for a Dennis the Menace to step forward, it is now.

As we prepare for the latest COP27 meetings, this year at Sharm El Sheikh in ...