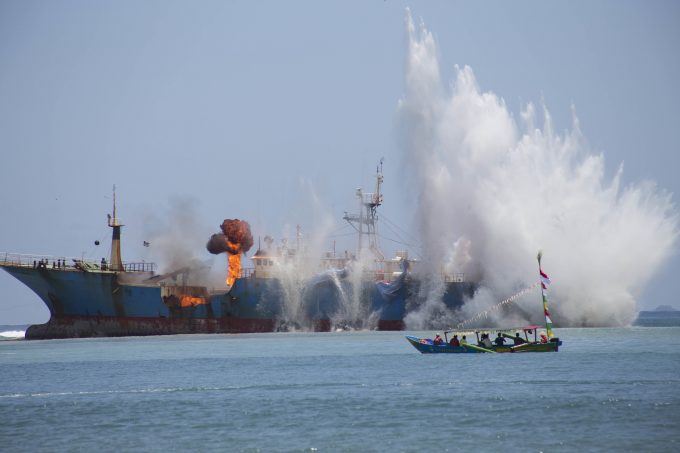 The accelerating decline of container spot rates is proof of a downturn in the market, according to one of the industry’s most respected analysts.

Vespucci Maritime’s Lars Jensen was referring to the rapid reversal in price direction on the Asia to US west coast and Asia-North Europe tradelanes, which saw their components in Drewry’s WCI index shed another 6% and 5%, respectively, this week.

“This clearly signals a weakness in the market, especially as we ought to be in the midst of the peak season prior to the Chinese Golden Week holiday in a month’s time,” said Mr Jensen.

Mr Jensen said that, prior to the current declines, US west coast rates had only fallen by 10% over five weeks and North European spots had taken eight weeks to lose 10% in value.

The Loadstar has seen rate quotations this week, from China to the UK, at around $7,000 per 40ft, with no validity restrictions, and a Felixstowe-based NVOCC claimed that he had offers of “$6,000 and below” for prompt shipment.

Meanwhile, on the transpacific, the forward projection for Shifl’s spot rate index is that US west coast rates will fall to $4,900 per 40ft next month, which represents a 72% decline from the September 2021 high of $17,500.

“The pace of this continued decline points to the market returning to some semblance of normal,” said Shifl’s CEO and founder, Shabsie Levy.

But for the all-water US east coast routes, the decline is predicted by Shifl to be less dramatic, with rates next month set to fall an average of 54% below the level of  a year ago, from $19,500 per 40ft to an average of $8,900.

Nevertheless, although next year, carriers are unlikely to see the huge profits made this year, they still have a significant buffer, compared with the pre-pandemic marginal rates, and in the forthcoming contract renewal seasons, a much higher starting base for renegotiation.

Moreover, if there is a substantial slump in global demand, the major ocean carriers will not hesitate to ramp up blanking strategies which proved so effective at the start of the pandemic.

A prolonged slump, however, could see many of the new-entry carriers with high unit costs obliged to axe services.