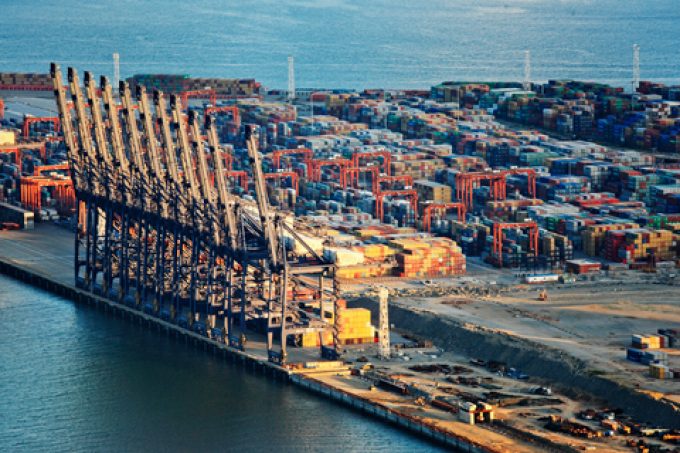 Amid a “very quiet” end-of-year shipping season, empty containers are piling up at Chinese ports.

According to Alice Tang, China-Europe land transport planner at ITS Cargo, there has been a complete reversal of the severe equipment shortages of last year’s pandemic-induced cargo boom.

“Empty containers are piling up at ports including Guangzhou, Yantian, and Shekou,” she told The Loadstar.

“Last year, forwarders were standing in a queue for the whole night to fight for an empty container, and joking that containers were probably worth more than their weight in gold.”

“We’ve been quoted $1,550 per feu from Shanghai to Gdansk, and less than $1,000 per teu for other China-Europe lanes. Lots of people are coming to ask me whether we have goods to ship.”

According to Linerlytica, freight rates from the Far East to Europe, the Middle East and Africa have continued their downward spiral and suffered the sharpest falls last week, amid “volume weakness across all tradelanes”.

The analyst added: “Carriers are pushing for a new round of general rate increases in December, but they are unlikely to succeed if surplus capacity is not removed. Contract rates for the 2023 season appear certain to fall by as much as 80%, as they mirror the drop in spot rates. The SCFI is already down by 73%, year on year.

“Although charter rates appear to have settled over the past week, there is still excess supply, with an abundance of sublet units available from carriers that are stuck with surplus tonnage. More ships to enter lay-up have appeared, with Matson and Pasha already mothballing their ships.”

Meanwhile, Ms Tang said congestion at European warehouses was also a challenge, explaining: “For e-commerce goods, unloading is hard as there are limited available slots in EU warehouses. They’re all full, as retailers increased stock earlier in the year because they were afraid of disruptions and delays.

“But now they cannot sell it all, as consumers reduced spending on shopping this year. Even Q1 next year may not be good.”

The Asia-Europe contract season is well under way, with ocean carriers cherry-picking large-volume shippers and ...