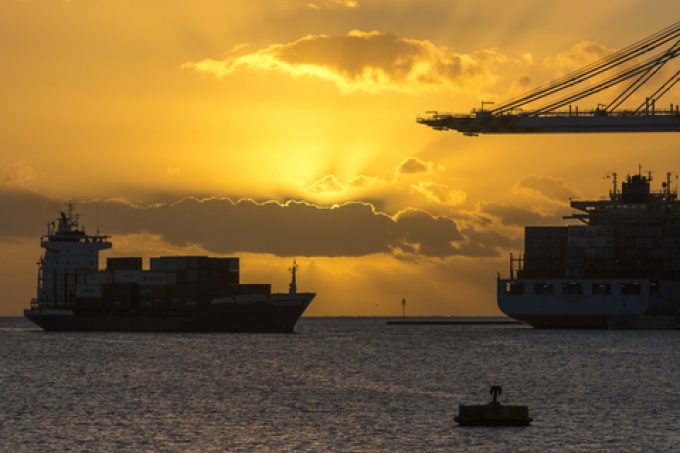 In the last 30 days, 23 container vessels have been sold for scrap – nearly half the number sent to breakers’ yards in the past year.

According to data supplied by shipbroker Braemar ACM, so far this year 52 containerships, equating to 94,000 teu, have been sold for demolition, compared with 141, for 398,500 teu, in the same period last year.

A rebound in charter rates, prompted by a shortage of tonnage in the smaller-sized sectors and a virtually non-existent orderbook, persuaded owners to reactivate many of their idled ships this year and to postpone scrapping vessels that had become uneconomic to operate due to rock bottom hire rates.

And none more so than the classic panamax container vessels of some 4,000 teu, which endured a torrid time after the opening of the expanded Panama Canal in 2016, that enabled vessels of 12,000 teu to transit the waterway.

Unable to secure alternative employment, this resulted in a rush of panamax ships to the spot market, forcing daily hire rates to a sub-economic level of about $4,000 a day – if fixtures could be found at all. And, after spending lengthy periods in hot and cold lay-up at anchorages around the world, more than 50 panamax ships were sold for scrap in the latter part of 2016 and early 2017.

This intense period of scrapping famously included the 2010-built 4,250 teu Hammonia Grenada, purchased by Bangladeshi breakers in January 2017 for a reported $5.5m – still the youngest serviceable containership to be sent for scrap.

But, as reported by The Loadstar last week, the IMO’s 0.5% global sulphur cap on fuel from 1 January 2020 could dramatically change the dynamics of the charter market again.

It will be not be economic to install a scrubber on a smaller container vessel to enable the vessel to continue to burn the cheaper heavy fuel oil (HFO), given that the cost of the exhaust gas cleaning system could be as much as the asset value of the ship.

Therefore, older ships will be obliged to consume the more-expensive low-sulphur fuel oil (LSFO) and, given that they would also generally be less fuel-efficient than younger vessels, their employment prospects will be significantly reduced.

Moreover, charterers are already taking decisions on their fleet requirements post-IMO 2020, and shipowners of older tonnage could find out very soon that their ships are virtually unfixable from as early as the fourth quarter of next year, when fuel in the tanks of container vessels without scrubber installations will need to be replenished with the estimated $250-per-ton-more-expensive LSFO.