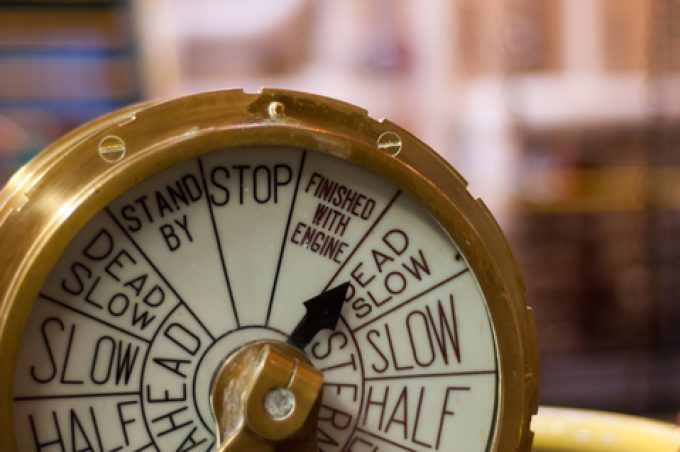 The containership charter market could see a new spike this year, as liner operators look to redesign their networks to compensate for ships reducing speed to meet new IMO emissions regulations set for January.

This potential positive development for the charter market was highlighted by Dr John Coustas, CEO of non-operating containership owner Danaos, during the company’s Q2 earnings call this week.

Dr Coustas said the new environmental regulations were obliging ocean carriers to “redesign their operating loops with lower speeds to ensure they do not breach requirements, and also to assure customers they are actively reducing CO2 emissions”.

It is expected that only half the current global fleet, some 6,000 container vessels, will meet the IMO’s Carbon Intensity Index (CII) energy rating levels in January, which will mean they will need to slow down to comply.

Notwithstanding how the CII will be enforced and the timeline for compliance, carriers are actively looking at the options for adjusting their services by the introduction of additional ships.

Moreover, supply chain disruption and extended time in ports has prompted calls by some shipping line alliance members – and not least the ports themselves – for more buffer time to be factored into schedules.

According to Maersk CEO Soren Skou, the Danish carrier has estimated that, based on its liner fleet of 700 ships, it will need between 5% and 15% more capacity to comply with CII regulations.

“Actually a quite significant impact,” Mr Skou told investors during Maersk’s Q2 earnings call yesterday. He said reducing vessel speed was the “most likely” option for compliance,  “given the shortage, and the price, of biofuel”.

Fresh interest in tonnage could mitigate a cooling-off of the charter market as charterers begin to step back from committing to long-term charters, against a background of declining consumer demand.

“The issue is not that liner companies do not have a requirement,” said Danaos’s Dr Coustas, “but nobody has the urge to pay at the top of the market.”

He said carriers were holding off in the hope they could fix a ship cheaper later on, but added: “On the other hand, because the owners are not under stress, they are not ready to ‘pull down their pants’, as they have done in the past.”

Indeed, Danaos, with its whole fleet of 71 containerships covered by charters this year and already 80% taken for 2023, a revenue backlog of $2.3bn and an average charter period duration of 3.6 years, should not need to resort to such measures – at least for the foreseeable future.

“Given our fixed charter coverage over the next 12 months, we expect these metrics to improve further. At the same time, however, we are closely following macroeconomic conditions and the potential impacts to our industry,” said Dr Coustas.