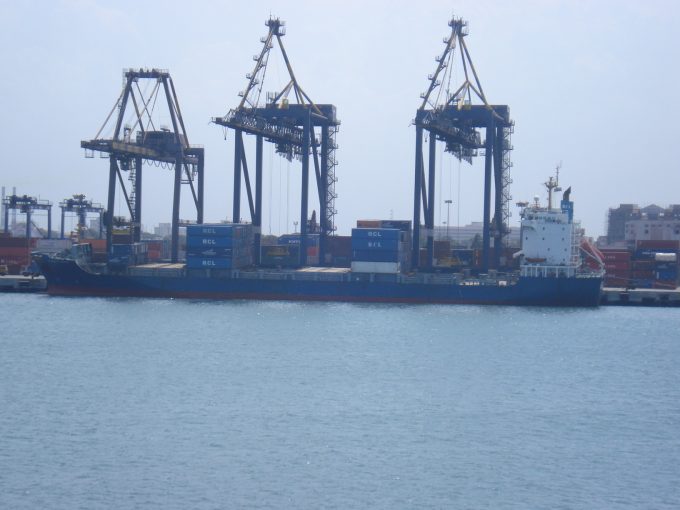 Global container supply chains could be facing an unprecedented congestion crisis, as isolated hotspots of boxes pile up at ports, and container freight stations expand and spread.

As news this week emerged of huge backlogs of containers building up at key Indian gateways such as Nhava Sheva, Mundra and Chennai, forwarders warned that over the next month port congestion in some parts of the world would lead to shortages of equipment elsewhere and create significant liability issues for shippers globally.

Key to the problem are the social lockdowns that have prevented dockers from going to ports to unload cargo from ships, as well as truckers being unable to collect import cargo from container terminals and container freight stations – at India’s east coast gateway of Chennai there is a reported build-up of some 50,000 boxes.

And while current reports have largely focused on the problems that social lockdowns are causing importers in terms of the huge decline in demand for goods, and the subsequent scramble for locations to store those goods, those loaded boxes have effectively been removed from the supply chain, which will create a looming shortage of equipment for exporters.

And in a further twist, this lack of equipment could create liability issues for exporters that have booked shipments with carriers.

“Usually this is being reported from the importers’ perspective, but in three-to-four weeks’ time, when boxes that have arrived aren’t being collected, then the liability comes back to the shipper,” one forwarding source told The Loadstar.

“So exporters are at jeopardy from the consequences of seaports overseas that they would not usually consider as the liability is discharged on arrival. But not when you look at the lines’ B/L T&Cs – it comes back to them.”

He explained that because many exporters sell their goods under the CPT Incoterm, [Carriage Paid To – whereby the seller delivers the goods at their expense to a carrier or another person nominated by the seller, and assumes all risks, including loss, until the goods are in the care of the nominated party] destination costs and charges are not normally their issue or liability.

“But they will be if a consignee does not accept the freight, or is unable to take freight because of perhaps going bust.

“The liability then, as per the B/L terms, comes straight back to the shipper – so it really could be a major problem that many exporters won’t consider until three-to-four weeks from now, when shipping lines start to implement their T&Cs,” he explained.

And he predicted that this would quickly spread across global supply chains: “It’s not just India – generally it’s the story everywhere, regardless of the continent or country or port of destination.

“Other ports are filling up with inbound flows – the point is it effects the exporters ultimately if containers are abandoned or start to hit storage and incur charges that the importers can’t pay.”

This assessment was backed up by the Container Availability Index (CAx) produced by online container logistics platform Container Xchange, which forecast similar congestion problems at the beginning of this month.

“Container ports all over the world, with the exception of China, are faced with imminent congestion when a multitude of boxes sent for shipment from factories in Asia arrive at their import destinations,” it said in a blog post.

It explained that during late March, containers had piled up in Shanghai, “due to multitudinous blank sailings, something that would normally not happen often”.

It forecast that during April the CAx values for Shanghai will “indicate that equipment will become more scarce again”.

“The effects of COVID-19 have dramatically affected consumer demand in the US and Europe. Buyers have begun to cancel orders as most of these countries are now in a severe lockdown situation and warehouse capacity is being maxed out.

“The incoming containers are most likely causing congestion, and incurring storage and demurrage charges at, for instance, the Port of Los Angeles or the Port of Hamburg,” it said.