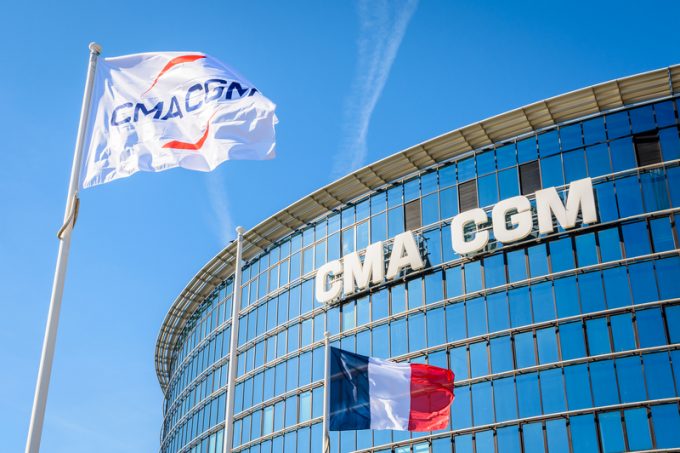 CMA CGM has again surpassed its ocean carrier rivals posting a net profit of $7.2bn for the first quarter, and said that it remained confident about its financial performance for the full-year.

Group chairman and CEO Rodolphe Saadé said that the French logistics group would remain “mobilised” to meet the supply chain challenges faced by its customers.

“We are also vigilant in the face of the risk of a deterioration in the global economic situation, linked to the pandemic, the rise in inflation and the war in Ukraine,” he said.

Indeed, CMA CGM warned of medium and longer-term uncertainty for global trade as a consequence of the sharp rise in energy prices and raw material price inflation, which it said could have a negative impact on retail consumption.

CMA CGM transported 2.8% less volume on its ships than the year before, which it said had been, “constrained by port and inland congestion”, at 5.3m teu.

The carrier achieved an average rate of $2,792 per teu across its network, which was on a par with Hapag-Lloyd and OOCL, but ahead of Maersk’s average of $2,276 per teu.

The company said that operating costs increased by 16%, compared with the same period of the year before, due in particular to vessel chartering costs and a 46% hike in bunker costs.

Logistics revenue from its forwarding arm CEVA contributed $3.4bn, which represented an increase of 57% on the year before, for an ebitda of $250m compared with $172m previously.

“Contractual logistics activities continued their turnaround despite the inflationary context that weighed on operations and profitability,” said CMA CGM.

It said that the group was “stepping up” its investments to support its growth strategy including adding 95,000 containers to its equipment fleet, and the acquisition of a further 14 second-hand vessels during the first quarter.

According to Alphaliner data, the carrier’s current operating fleet is 581 vessels, for a capacity of 3.3m teu, and after retaking the third-ranked capacity position back from Cosco it is now pulling away from the Chinese carrier’s 2.9m teu capacity.

CMA CGM’s orderbook includes six 15,000 teu dual-fuel methanol-powered vessels that it expects will join the fleet by the end of 2025.

“This first order for methanol-powered vessels is in line with CMA CGM’s strategy to expand its energy mix with the goal of achieving net zero carbon by 2050,” said the company.

Having pioneered the switch to LNG-fuelled vessels CMA CGM’s LNG-powered fleet in service now stands at 29 vessels and will have expanded to 77 ships by 2026.

It said the engines installed on these existing vessels are compatible with BioLNG, or synthetic methane and thus describes them as “e-methane ready”.

“The two sectors will be complementary for decarbonising the shipping industry in the years to come,” claimed CMA CGM.