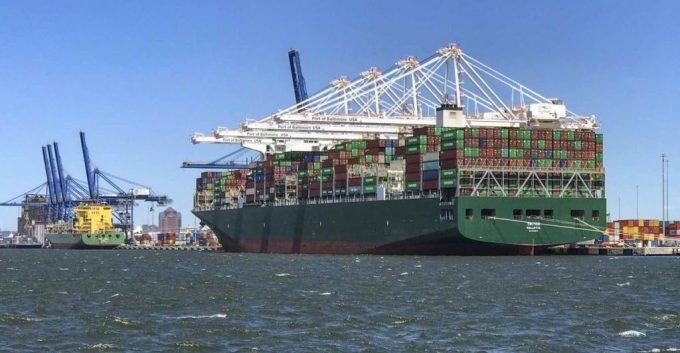 Blank sailings (but not slidings) are back on the Asia-North Europe tradelane, as ocean carriers adjust capacity to meet softening demand on the route.

“The overall cargo volume in the market was not sufficient,” says the NCFI about this week’s freight market, adding that carriers had “increased their efforts” to book cargo.

The 2M appears to be the first alliance to react to the fall in demand by blanking its scheduled AE6/Lion loop sailings for the next two weeks, with Maersk attributing the decision to “a high degree of uncertainty and significant delays on the network”, and partner MSC describing it as an “ongoing challenging market situation”.

There has been a steady erosion of Asia-North Europe spot rates since they hit a peak of around $15,000 per 40ft at the end of January, just ahead of the Chinese New Year holiday.

The spot indices all shed a few percentage points again this week, with Drewry’s WCI North Europe component down to $12,685 per 40ft, the Freightos Baltic Exchange at $13,406 and Xeneta’s XSI edging down to $13,564.

Peter Stallion, head of air and containers at FIS, said the uncertainty in the European market had been reflected in the movement of futures prices, adding there was a bearish view that “considers demand destruction as Russian cargo demands collapse”.

“This is alongside potential caution by consumers who stand to pay a lot more on energy bills, rather than the big engines of retail that helped surge freight rates late in 2020, early 2021,” said Mr Stallion.

According to the latest analysis by Alphaliner, the average weekly capacity between Asia and Europe is some 9% higher than it was a year ago, at almost 450,000 teu, with the majority of the extra slots on offer from the Ocean Alliance, which has been boosted by the introduction of several 23,000-24,000 teu ULCVs provided by CMA CGM and Evergreen.

Meanwhile, on the transpacific, despite a massive 28% hike in capacity between Asia and North America in the past year, to 673,000 teu weekly (according to Alphaliner data), there is no immediate sign of freight rates declining from their current elevated highs.

In fact, the upward trend continues: for example, the FBX reading for Asia to the US west coast inching up to $16,341 per 40ft this week, showing an increase of 4% in the past month; while US east coast rates were up 8% on the month, with the spot reading now at $18,427 per 40ft.

“The sharper climb to the east coast may reflect the growing carrier and shipper focus on those destination ports,” said Judah Levine, research lead at Freightos.“Although the number of vessels waiting for a berth at LA/Long Beach has continued to drop, and the volume of empty containers at the ports have also fallen, persistent delays are leading many shippers to look for alternatives.

“As a result, congestion at east coast ports such as Charleston, has increased and the latest projections see volumes remaining elevated in the coming months,” he added.