News / As the US shutdown drags on, the threat to supply chains grows 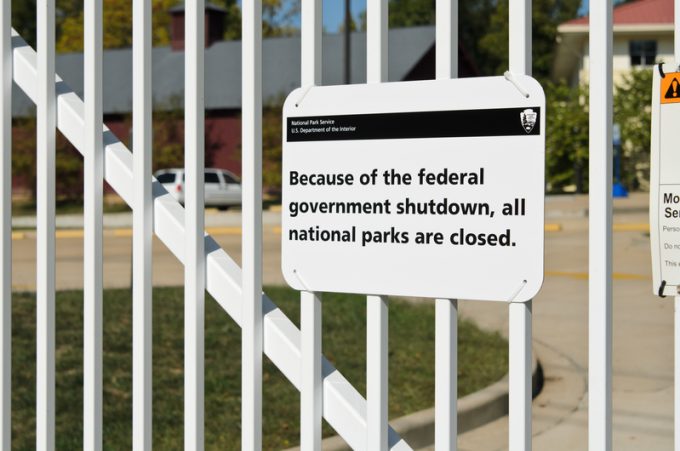 Initial repercussions for logistics from the US government shutdown have been slight so far, but the prospect of lingering paralysis is raising fears of severe supply chain disruption that may take a long time to mend.

Canine screening of air cargo got under way at US airports on January 1 as scheduled, but the programme has had a bumpy start.

Certified screeners are ready to go, but airlines are not accepting cargo screened by dog teams without an official go-ahead from the Transportation Security Agency (TSA), reported Brandon Fried, executive director of the US Airforwarders Association, who had been one of the driving forces for the establishment of a canine cargo-screening scheme.

As long as the TSA is not accessible, carriers seeking clarification of details of the canine programme are in limbo.

Homeland Security, which encompasses the TSA, is one of nine US government departments affected by the shutdown, as is the Food and Drug Administration and the Federal Aviation Administration.

The shutdown means no funds for affected departments, about 25% of the federal government. As a result, about 800,000 government employees are furloughed or working without receiving their salaries.

They include front line staff, such as customs agents and air traffic controllers, but all support staff and management are furloughed for the duration of the shutdown.

However, for now, air traffic is working and cargo is flowing.

“We have not seen any meaningful delays or disruptions in the ability to move and clear freight,” said Jon Slangerup, CEO of American Global Logistics.

Elio Levy, executive vice-president of forwarder Logfret in New York, added: “We have no issues with CBP or FDA releases, but we did not have anything detained. The processes are all paperless.”

Communication with shuttered government offices over paperwork is a different matter, though. Companies or individuals that require licences or permits are out in the cold until the respective departments resume full operations.

Airlines that intend to add new aircraft to their fleets are finding themselves in a holding pattern. Delta plans to start flying the Airbus A220 on January 31, but it is still waiting to obtain approval from the FAA. Management of Southwest Airlines is reportedly bracing for a delay of planned services to Hawaii.

With every passing day, fears are growing that the shutdown will hit supply chains. Mr Slangerup warns that front line government workers are deprived of support from their shuttered departments.

“Officers work, but over time, if you take away their support infrastructure, it will create cracks. Then you see a snowball effect on customs officers’ ability to respond,” he said. Likewise, air traffic control cannot work for a long period of time without support, he added.

“Long term, it is going to fracture the infrastructure for both ocean and air, regulatory and clearance,” he said.

If paperwork begins to clog up in the system, the results could be dire, Mr Slangerup warned, possibly as bad as the system meltdown in 2014 that paralysed container ports on the US west coast. At the peak of that crisis, the toll this took on the economy amounted to $1 billion a day, and it took over four months to recover .

This is not the first US government shutdown precipitated by a clash between the White House and Congress over federal budgets. There have been 20 shutdowns, two under the current administration, but they were resolved within days.

However, at this point there is no sign that the current confrontation is going to be resolved soon. White House chief of staff Mick Mulvaney said at the weekend he expected the shutdown to “drag on”.

Mr Slangerup said: “This is very troubling. It is unfortunate that this is handled as a political football. It puts our supply chains and passenger air safety at risk.”

US forwarders have appealed to the federal government not to suspend domestic air travel, and ...