News / Analysis: Atlas Air's share price has fallen – but what do investors know? 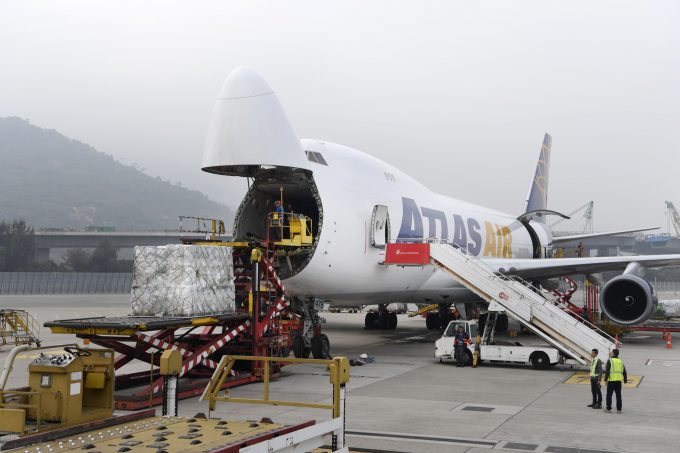 News this week that Hapag-Lloyd, at one point, was worth some $10bn more than the entirety of AP Møller-Maersk, has cast some doubt over the veracity of stock prices.

The fall was said to be down to a bearish note from Wolfe Research. The Motely Fool noted: “Shipping companies were under pressure from investors coming into 2020 because of concerns about a slowing global economy, and those fears have only grown as the Covid-19 coronavirus has accelerated globally and slowed industrial production. The markets are growing increasingly concerned there could be a recession, causing freight volumes to fall for an extended period.

“Atlas is under particular scrutiny because it carries $2.9bn in debt on its balance sheet. It also has long-running labour issues with its pilots, stemming back to a 2016 acquisition that, at times, have left it unable to staff its flights. Should a slowdown occur, it is possible Amazon could decide to prune some of its flying, cutting into Atlas’s growth plans.”

First: Atlas’s labour issues have quietened down, for now; and in September, it announced a five-year agreement with the unions.

Second: freight volumes may indeed fall if there is a recession, but if there is one thing Atlas has done, it is to diversify – and it has also secured a decent number of long-term deals, and did so at the height of the market.

Its diversification was brought to the fore yesterday, when it announced that its Titan Aircraft Investments joint-venture with Bain Capital Credit announced the placement of three 757-200SF converted freighters on long-term dry leases with Amerijet. Atlas subsidiary Titan Aviation Holdings will manage the assets.

Yet its share price failed to rally, rising just 1.2% on the news.

However, Atlas is not, by design, greatly buffeted by the whims of the spot market. While in its February earnings call, analysts questioned the wisdom of keeping just 5% of its capacity for ad hoc charters in a high-returns market, CFO Spencer Schwartz pointed out that this would be detrimental in a market downturn.

It has taken full advantage of the current trend among forwarders to secure longer-term capacity. Flexport, thought to have signed a contract longer than three years, is just one of a number of companies that will have secured Atlas’s medium-term income.

Flexport’s head of air freight, Neel Jones Shah, told The Loadstar recently that verticals were signing up for three to five years.

“They want dedicated capacity,” he said. “They want to charter planes, but don’t know how. There is a lot of demand out there from shippers that want to have their own planes, and without, can’t hit their numbers. The supply chain shouldn’t get in the way of their business.

“The move by forwarders into freighters is unprecedented – forwarders wanted to be asset-light and not commit for the longer term. Things have changed dramatically. Everyone is getting into assets and making longer-term commitments.

“Asset owners aren’t stupid. Lots of forwarders now have dedicated capacity for the long-term, and it’s a part of their procurement for a few years. To get a reasonable price, they would have had to lock in. Lots of forwarders got burned in the pandemic, and I don’t think they want to be caught out again.”

Atlas told investors most of its deals were up to 2024, but some go as far as 2027. It has signed Cainaio and Kuehne + Nagel among others, and has a strong relationship with DHL and Amazon.

Yes, the stronger the customer, no doubt the tighter the deal. And Amazon may indeed decide to “prune” its flying – but it is more likely to prune its growth, if the market takes a sudden plunge. Amazon Air is set to have 100 aircraft in its fleet by the end of this year, and double that by 2028, while its annual flying growth is between 20% and 24%.

And Atlas has ensured it has a wide customer base, not limited to e-commerce, in general cargo and the military, and it has one of the largest fleets of nose-loaders, which have become more important since Volga-Dnepr Airlines moved out of the large aircraft market.

Atlas continues to reinforce its fleet – it would come as no surprise if it was already in talks to mop up any of AirBridgeCargo’s fleet that are returned to lessors.

Atlas Air is not in a bad place – although the global economy might be, it looks like it has protected itself well. And for now, as Mr Jones Shah said: “Demand is still pretty strong, our flights are full.

“But with inflation and concerns over consumer demand, who knows what is next? There is a breaking point for consumers – but I don’t know what that is.”

And investors don’t know, either.

For more information on the air cargo market, listen to this clip from the latest Loadstar Podcast: The impact of war on air cargo capacity, charter operators and lessors – Glenn Hogben, CEO of the Air Charter Association.