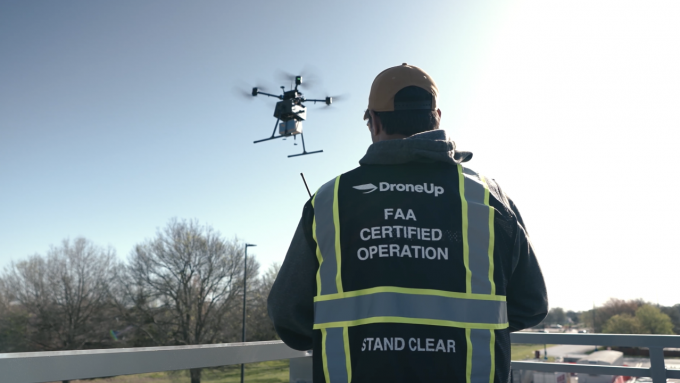 Commercial cargo drone activities are pushing forward in the US, Europe and Africa, with the latest drive coming from Walmart, which is preparing to take a delivery trial in Arkansas to the next level.

It is expanding its programme to reach some four million consumers in six US states.

Last autumn, Walmart, in partnership with operator DroneUp, launched a pilot programme for deliveries to homes in Arkansas within a radius of 1.5 miles from a Walmart location. This year they have added two more areas in the southern state to the trial.

Now they are ready to shift up a gear and go for significant expansion, planning to set up operations in five other US states – Arizona, Florida, Utah, Texas and Virginia.

By the end of the year, they will have 34 drone delivery hubs in place, with the capacity to deliver one million parcels, which should put about four million consumers within range for drone delivery, the pair estimate.

The drone, which can carry up to 5kg (10lb), will be controlled by certified operators stationed at the hubs, who will manoeuvre them to the consumers’ premises for drop-off. Each delivery will cost $3.99.

“After completing hundreds of deliveries within a matter of months across our existing DroneUp hubs, we’ve seen first-hand how drones can offer customers a practical solution for getting certain items fast,” said David Guggina, Walmart’s senior VP of innovation and automation.

He said consumers had embraced drone deliveries, not only for emergency items, as anticipated, but also for convenience. In one of Walmart’s hubs the top-selling item is Hamburger Helper, a relish for barbecued meat patties.

At this point, Walmart is ahead of arch-rival Amazon in the race for drone deliveries. Amazon founder Jeff Bezos had declared on national TV back in 2013 that within five years the company would be filling the skies with drones preforming deliveries within 30 minutes. However, nine years and $2bn later, Amazon is still struggling with its drone development programme.

According to an investigative study published by Bloomberg, the venture has been plagued by technical problems, high staff turnover and safety concerns.

And UPS is not showing much enthusiasm for drone deliveries at this point. In a speech to the American Chamber of Commerce in January, CEO Carol Tomé voiced serious reservations about commercial viability.

However, under her predecessor, David Abney, UPS had become the first US firm to receive approval from the US Federal Aviation Administration (FAA) to operate a drone delivery airline.

Regulatory hurdles remain formidable obstacles for commercial shipment deliveries by drone in the US. At this point, all drone deliveries are conducted as tests, with tight safety restrictions, which severely limits their scope. The FAA has yet to publish rules for the operation of drones beyond line of sight.

So Europe is ahead in the game at this moment. On Wednesday, drone developer Dronamics announced it had obtained a drone airline licence valid across all European Union countries (see Loadstar of 26 May).

Six days earlier, German drone delivery firm Wingcopter signed a partnership agreement with Continental Drones to set up delivery networks across Africa. Under the agreement, Continental is Wingcopter’s authorised partner for all 49 sub-Saharan countries and over the next five years the pair intend to field some 12,000 Wingcopter 198 drones.

According to the partners, the drone networks will be used to ship medicines, vaccines and laboratory samples, as well as essential goods for daily use.