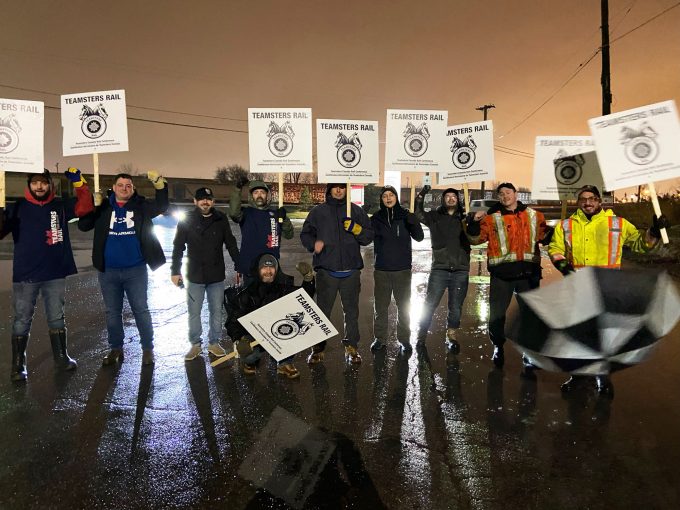 Trade union Teamsters Canada Rail Conference (TCRC) and rail operator Canadian Pacific (CP) are to move to arbitration in the dispute over terms and conditions.

The striking CP workers returned to work yesterday, following agreement to binding arbitration by both sides.

However, some union members remain unhappy, feeling effectively disenfranchised with the union deciding on arbitration without a vote, and they will not get a vote on the final outcome, being forced to accept the arbitrator’s decision.

And the World Socialist Web Site (WSWS) reported that by its actions, the union, representing 3,000 CP employees, had “stripped workers of their right to take industrial action for years to come”. According to WSWS, the Federal Conciliation and Mediation Service is a government-appointed arbitrator.

TCRC spokesperson Dave Fulton said: “The decision to agree to final and binding arbitration is not taken lightly. While arbitration is not the preferred method, we were able to negotiate terms and conditions that were in the best interest of our members.”

The union added that it would make no further comment until the arbitration process was successfully negotiated.

Union officials wrote to members: “In consideration of the hard positions of the parties at bargaining and the near certainty that our dispute would eventually end in a final and binding arbitration as ordered by the government … our bargaining committee made the decision it would be in all of our best interests to take control of the situation and work out an agreement that gives us power over the terms, conditions and eventual arbitrator.”

However, WSWS claimed only a few of the 24 outstanding issues would be addressed by the arbitration process, including wages, pensions and benefits, but crucially it would not address CP’s scheduling and disciplinary regimes.

One union member told WSWS: “I doubt the arbitrator is going to decide in favour of the employees. We’re still not going to get what we want, and we’ve been fighting for two contracts. Members won’t even get an opportunity to vote. For the union to just arbitrarily decide for the employees, to me is not in the best interests of the collective group.”

Nevertheless, CP CEO Keith Creel was pleased with the outcome. He said: “This agreement enables us to return to work to resume our essential services for our customers and the North American supply chain.”

A virtually simultaneous strike and lockout began on Sunday, following the failure of company and union to reach agreement. The two sides have been negotiating a new contract since September.

Rail company Canadian National (CN) has announced it will ask the Surface Transportation Board (STB) ...