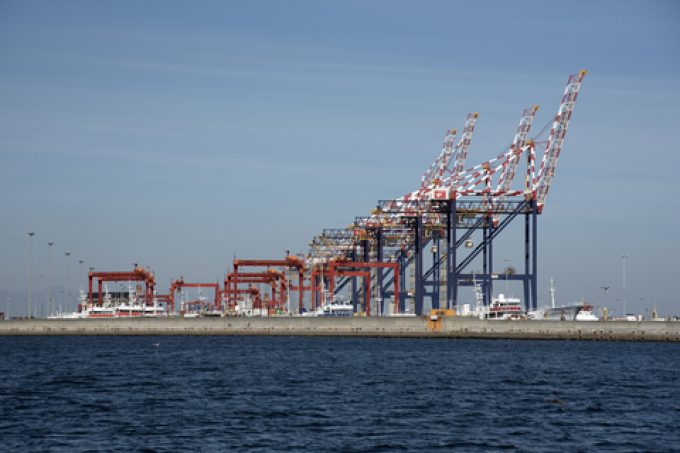 Port delays in South Africa have more than doubled since the Transnet strike hit supply chains, with air cargo expected to take up some of the slack.

And there is no end in sight to these strikes, which involve some 50,000 staff across South Africa’s ports.

On Friday, dispute resolution body the Commission for the Conciliation, Meditation and Arbitration (CCMA) offered a proposal to both sides, but the unions rejected the reported 6% offer.

Last month, the South African Reserve Bank said headline inflation in the country would be 6.5%, while local food price inflation is hitting 8.1%.

The unions had the weekend to agree the new offer, which had been revised from a “ridiculous” 3% starter offer, while the unions are asking for 12%.

Deputy general secretary Anele Kiet said the unions had no choice but to continue with a strike thought to be costing the economy between $5m and $548m every day.

The South African freight forwarders’ association noted that a “one-day loss in port activity results in, operationally, a minimum of 10 days of recovery”.

The UNTU strike began an 6 October, and SATAWU members walked out on 10 October.

Supply chain visibility platform FourKites told The Loadstar: “Export shipments have now been waiting in South African ports for 7.7 days, on average, as of 9 October, an increase of 108% from the beginning of the month. 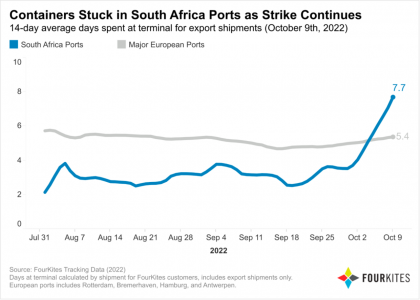 “Average days at terminal for a selection of major ports in Europe has been stable over the same period,” it added.

Glenn Koepke, VP of network collaboration at FourKites, said: “The strike will affect the importation of goods, which is critical to the South African economy — impacts will be seen in the chemical, automotive and components for manufacturing facilities.

“We anticipate shippers will look to hold orders being imported until the dispute is resolved, causing dwell times to increase and a short-term impact on holding costs for goods.

“On the export side, we anticipate a surplus of inventory, as producers will not want to slow production if they already have the materials, labour and space to store the goods. Raw industrial materials, like precious metals and minerals, wine and produce are the most common exports and will be the most impacted.

“South Africa is also a big ocean trade partner with west and east African nations, as this is often the most effective route to ship cargo throughout the African continent. This strike will impact those leveraging free trade with South Africa until the dispute is resolved and the backlog of cargo is processed.”