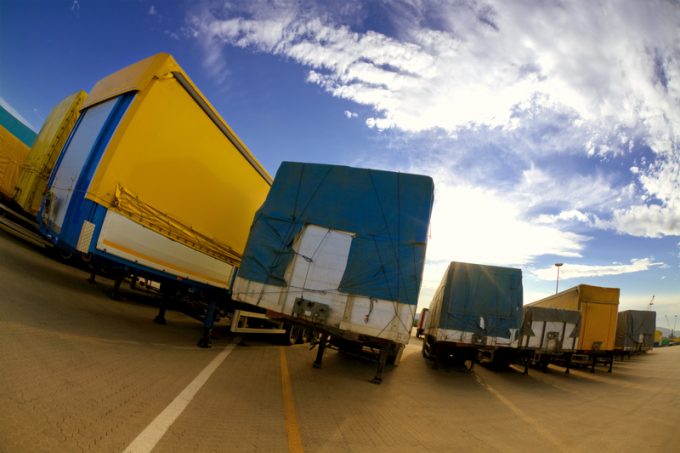 Allegations of financial misconduct have continued to dog the International Road Transport Union’s (IRU) executive management, several months after it claimed an audit had dismissed any wrongdoing.

A presentation last month in Geneva at the 73rd Session of the TIR Executive Board (TIRExB), and made available to The Loadstar, again called for the audit, conducted by Ernst & Young (EY), to be made available to members.

IRU chief executive Umberto di Pretto and chief operating officer Boris Blanche were accused of a series of malpractices when former employee Marek Retelski, who had headed up the IRU’s TIR department, filed a 343-page criminal complaint with Swiss police in April 2016.

The allegations relate to the IRU’s TIR insurance scheme and date back to 1995 and the financial model used to calculate the union’s reserves. They claim Mr de Pretto and Mr Blanche diverted some Sfr558m that should have been returned to members, and that the IRU appears to have offered Sfr30m ($29.5m) in exchange for “‘silence” from its members following allegations that it hid more than Sfr550m of membership fees in offshore tax havens, including the Isle of Man.

The IRU presidential executive commissioned EY to perform the audit, which was completed in November. According to a press release at the time, the audit “found no evidence for any of the allegations made in April 2016, dating back to 1995, against current IRU management”.

The IRU has hit back at the claims and says they are repeatedly being raised by just two member associations, “whose motivation is questionable”.

President of the IRU Christian Labrot said: “No money has gone missing; all funds are accounted for and Swiss tax laws have been fully complied with. [The audit] found no issues with IRU’s general governance structure, compliance and ethical standards.”

Despite Mr Labrot’s claims, concerns over the validity of the audit have persisted. A source at one of the national TIR issuing bodies told The Loadstar the presentation in Geneva last month had sparked a great deal of interest from the audience.

“There were many questions put to the presenter, with the Russian delegation expressing significant concern,” said the source. “Delegates from the EU also began asking questions about the EY audit and whether anyone had received it.”

The presenter replied that the IRU had yet to make more than a summary of the EY audit publicly available, despite using TIR funds to cover its €500,000 cost.

The source did add that IRU management had told members they were free to consult the 168-page report, but only if they met certain “stupid” requirements.

“Among these was a demand that the report could only be viewed on IRU premises, with no recording or copying equipment allowed,” said the source.

“So, yes, the report remains hidden, not only from members but from governments too; even FIFA publishes full audit reports online, what’s so secret in the IRU?”

The source claimed even the decision to conduct an audit had been mired in scandal. It was taken by the executive board without the approval of the general assembly.

“Nobody from the general assembly had suggested going ahead with an audit, there had merely been some discussions,” said the source.

However, a spokesperson for the IRU contested the claims, stating that the decision to conduct an audit had been voted for by members last April.

“The report of the April 2016 general assembly clearly notes all comments and questions from IRU members on the call for an independent audit, and that members approved that the audit be conducted under the supervision of the board,” said the spokesperson.

“This report was approved by all members at the following general assembly, except one – and no prizes for guessing which member this was.”

The spokesperson said the concerns and allegations that have dogged the IRU repeatedly arose from the same two members, with no others having an issue over the audit’s validity, independence, how it was conducted, what it concluded or what has happened since.

“Voting records also reflect this – for example, the discussion and approval of the 2016 accounts: two votes against (the same two members), everyone else for,” continued the spokesperson.

“In recent general assemblies in fact, other IRU members have begun to speak out against these two members and their ‘tactics’ on this issue.”

Furthermore, the spokesperson said, claims that TIR funds were used to pay for the audit were misleading. In fact, IRU funds paid for the audit.

“Our revenue is generated from various sources, including money received from the TIR carnets, which we issue,” said the spokesperson. “Other members are being irritated by these persistent questions from just two out of 200 members; there is questionable motivation involved.”

The spokesperson did, however, agree that to claim the report was freely available was not entirely fair, when it is on IRU premises in Geneva and no pens or recording equipment may be brought in.

“That said, the two members involved in making these allegations have twice come to Geneva since the report was published and on neither occasion have they taken up the option to view the report,” said the spokesperson.

When asked why the report hadn’t been widely published if the IRU had nothing to hide, the IRU spokesperson said: “The complete audit report is (still) available for consultation by all IRU members and UNECE at IRU’s premises. This is due to legal confidentiality requirements that IRU is bound under by other external contracts.

“As a final note on this, I would add that major countries have ratified the TIR Convention since these allegations were first made in April 2016 and are currently working closely with IRU to join the TIR system – including China and India.

“A number of other governments have publicly announced their intention to ratify soon, including Saudi Arabia and Argentina.

“They have all followed this ‘story’, conducted appropriate diligence and found the concerns of these two ‘isolated’ member associations to be insignificant.”