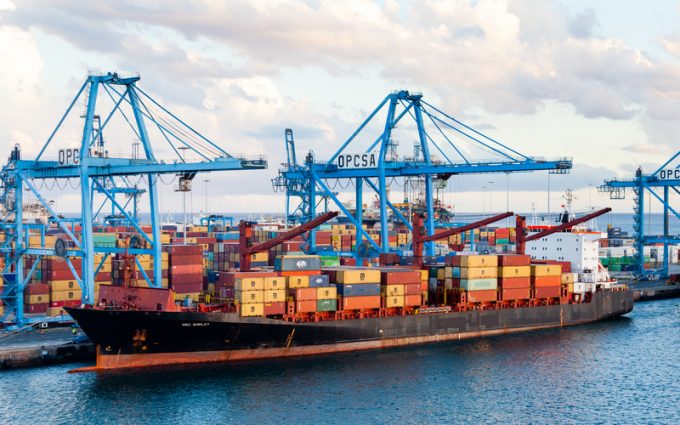 MSC has launched yet another standalone service on the transatlantic, bringing its market share on the tradelane towards 50%.

The latest loop takes the carrier’s new services on the route to five since April – all independent of the 2M Alliance.

According to Alphaliner, the carrier’s NWC to Mexico Express loop commenced with the sailing of the 4,253 teu Genova from Antwerp this week, calling at Bremerhaven, Freeport (Bahamas) and Veracruz and Altamira in Mexico.

According to the consultant, the sailing will be followed next week by the departure of the 2,078 teu MSC Shirley (pictured above), and the week after by the 5,018 teu MSC Anya.

Thereafter, MSC has no shortage of tonnage it can deploy on the loop, thanks to continuous raids on the second-hand vessel market, acquiring more than 200 containerships over the past two years.

Through its 2M agreement with Maersk, MSC already offers a direct connection from North Europe to Mexico with the TA3/NEUATL3 loop, as well as co-loading on the Antwerp-Mexico leg of Maersk’s North Europe-Mexico-Caribbean Costa Rica Express service.

“MSC is understood to have launched this additional standalone loop to offer more reliable service to/from Mexican ports, as well as its regional hub in Freeport,” said Alphaliner.

The Geneva-based carrier, with its massive orderbook of 1.5m teu, has an aggressive growth strategy, compared with its 2M partner’s more conservative policy. Indeed, on the transatlantic, Alphaliner describes MSC’s 29% increase in capacity over the past 12 months as “meteoric”.

A survey of the tradelane by the consultant counted 205 containerships currently deployed on North Europe/Mediterranean to North America routes, equivalent to a capacity of 1.14m teu and representing 13.7% year-on-year growth across the trade. It said MSC had been “the main driver” of that, “especially over the last few months”.

Alphaliner added: “To put things in perspective, 138,100 teu slots have been added to the Europe-North America fleet since 1 June 2021. MSC’s fleet growth in that same period equals 112,800 teu.”

It said this growth in the past year was “in sharp contrast with the meagre 2.4% growth recorded by its 2M vessel-sharing agreement with Maersk on this trade”.

The rival Ocean Alliance enjoyed a relatively impressive 8.1% growth on the trade, while THE Alliance saw its capacity fall 6.4% during the period after the suspension of its North Europe-USEC AL1 loop last August.

However, THEA’s lead line, Hapag-Lloyd, has grown its capacity on the transatlantic by 20%, upgrading its five US-flagged ships deployed on the AL3 loop from 3,230 teu vessels to 7,320 teu, according to Alphaliner data.

MSC and Hapag-Lloyd have, no doubt, been encouraged to introduce more capacity to the route by the spike in freight rates between North Europe and the US east coast to around $8,000 per 40ft in the past 12 months.