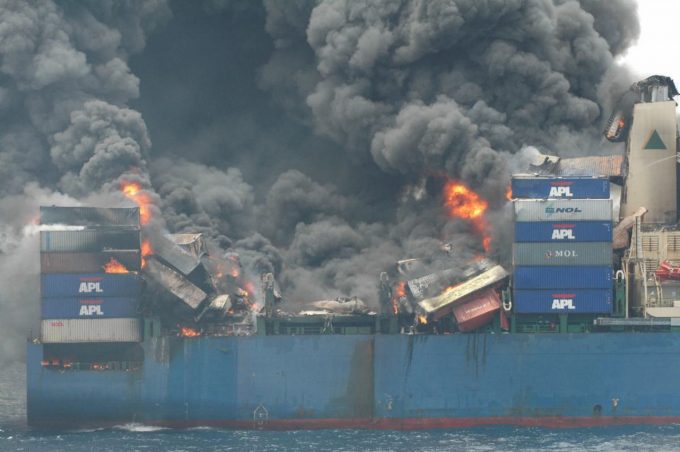 Maritime safety equipment manufacturer Survitec is raising the alarm about the unique challenges of battery fires, which are distinct and often poorly understood.

Thanks to their chemical makeup, lithium-ion (Li-Ion) batteries release oxygen when they heat up and, should they catch fire, it is impossible to smother the flames with water or foam.

Worse, however, is that while some are taught to fight battery fires using CO2 foam, spraying CO2 onto a battery fire will make the situation far worse, warned Finn Lende-Harung, commercial director of Survitec Group

“A lot of the regulation says you can use CO2, but if you disperse CO2 into a lithium-based fire at a high temperature, it actually splits the CO2 atom and you end up with pure oxygen.”

As previously discussed in The Loadstar, battery fires require a shift in mentality when it comes to firefighting – blasting water will not immediately put out the fire, as Li-Ion fires can burn underwater.

The batteries are made of thousands of small cells and it is not unusual for a battery fire to appear to ‘reignite’ after it has been put out, as the fire spreads from one cell to the next.

“If you use Novec CO2 foam, you typically have one dischargeable. So, there’s a fire in the machinery room, we fill it with CO2 and the fire is out. But since in this case [with a battery], the temperature would still be there and will slowly continue to release oxygen.”

In fact, he says, the only sure strategy for fighting a battery fire is to cool down the individual cells using water misting over a period of several hours.

On a ship, in a port and, to a certain extent, on land, this is practicable, but not, however, on an aircraft, where lithium battery fires have caused major incidents.

“If you have water mist, you can tap into the sea water; you won’t actually extinguish the fire, but you could cool it down and stop it from spreading. We’re talking enormous amounts of water. That’s the good thing about being on a ship. You have an unlimited water supply, but you are limited in terms of how much of it you can use at once.”