News / It's calmer at LA/LB, but some traffic lost to east coast may not return 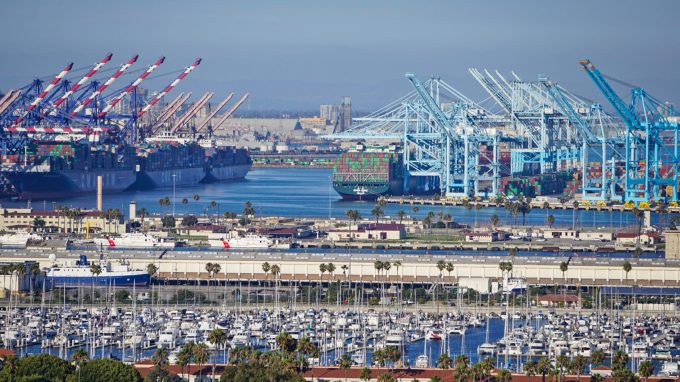 The contract negotiations between west coast port employers and the labour union are casting a lengthening shadow over future trade flows through the premier US container gateway – some estimates showing as much as 10% of the volume already shifted to other ports may be gone for good.

The Pacific Maritime Association and the International Longshore and Warehouse Union were supposed to come to an agreement by 1 July, but nobody was surprised that the negotiations have dragged on, given past experiences.

Any agreement still seems months away and speculation is rising over how much of the traffic that was diverted to avoid fallout from the talks will return.

Gene Seroka, executive director of the port of Los Angeles, reckons the two sides won’t reach an agreement before February. Citing previous rounds of negotiations, he doesn’t expect a deal before the end of the first quarter of 2023.

Mr Seroka stressed that both sides have pledged there would be no work stoppage, but this has not prevented the large shift in traffic to gateways on the US east and Gulf coasts. As a result, those ports have struggled with congestion in recent months, whereas flows through LA and Long Beach are no longer experiencing serious disruption, he noted.

In October, Houston was named by forwarders and drayage operators as the port with the worst congestion problem, following a 26% rise in container volume the previous month.

Container throughput on the Gulf coast was up 19% year on year in October, while the east coast ports saw a 5% increase in volume. In stark contrast, volumes on the west coast slumped: LA suffered a 25% drop, while Long Beach registered a decline of 16.7%.

According to FourKites, the shift of traffic gathered momentum after the 1 July deadline for the contract talks, as importers became more nervous about possible disruption. In August, the port of New York & New Jersey took over the mantle of the busiest US container port, a title LA had held for nearly two decades.

Mr Seroka said the results of one or two months did not constitute a trend, but his team has become visibly concerned about the loss of business. They have been knocking on beneficial cargo owners’ doors, promoting the lack of congestion at LA and the pledges of no strikes or lockouts, while freight has been stuck at the alternative gateways.

Without a doubt, the spectre of lengthy disruptions, as has happened on previous occasions, was a powerful driver for the diversion of freight from the west coast. Importer concerns were reinforced by delays caused by congestion last year, which resulted in lost business for many. Risk mitigation has been a key factor in beneficial cargo owners’ strategy since the early days of the pandemic, explained S&P Global.

Worries about a possible rail strike, exacerbated by service problems, particularly on rail services from the west coast to the interior, have added to importer inclination to avoid disruption as they trade speed and cost for predictability.

Transit times from Asia to the east and Gulf coast ports can be a week longer, and container rates on these routes have dropped significantly less than on the direct route to the west coast.

With the rail strike settled and hopes of an agreement at the west coast ports early in the new year, some observers reckon traffic will return to LA and Long Beach as importers revert to the route with the lowest overall cost – but others are not so sure.

According to S&P, some of the shift is probably going to be permanent, and other analysts agree. After it had conducted a proprietary survey of shippers, investment banking firm Cowen recently advised that about 10% of the traffic that was shifted from the west coast may not return. It noted changes in sourcing patterns as well as regulations in California, like the controversial AB5 rules on classification of truckers as employees, as factors playing into importers’ decisions.

Moreover, rising interest in Mexico as a location for production, as firms examine near-shoring options, could also dent flows through the US west coast gateways, Cowen noted.