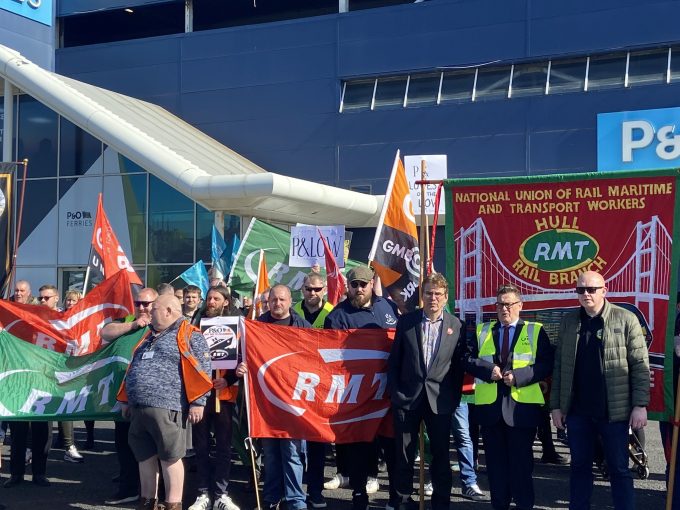 The union officials will deliver a letter for the sultan containing a petition signed by more than 10,000 people calling on DP World to “urgently convene a meeting with the two unions, Nautilus International and the RMT, together with the UK government, to rectify the current situation”.

Trade union officials and UK transport minister Grant Shapps have called on DP World to reinstate the sacked staff, with the union asking for guarantees that DP World and its subsidiaries will not repeat the action.

Moreover, the union said the company should meet its ESG commitments to uphold the ten principles of the UN Global Compact, which derived from, among other things, the International Labour Organisation’s principles of the rights at work.

The union says DP World’s actions are a “clear violation of UK labour legislation and international labour standards, a fundamental breach of collective bargaining and an attack on workers’ rights”. And the letter suggests the sackings were a contradiction of DP World’s claims that it “values relationships built on a foundation of mutual trust and enduring partnership”.

Moreover, the ITF will complain that P&O Ferries CEO Peter Hebblethwaite said in his testimony last week to UK MPs that the new pay structure was in line with ITF agreements. According to an ITF spokesman, this is not the case.

The ITF has agreements that where ferries operate between two or more nations, the pay for those staff should be the higher of the national pay scales of the countries within the trade.

Meanwhile, dockers in the Netherlands refused to handle P&O Ferries vessels over the weekend in support of the sacked seafarers. FNV union official Niek Stam told The Loadstar the Dutch union would not load the Pride of Hull which has a UK collective bargaining agreement untilt he dispute is resolved.

A second P&O Ferries vessel at Dover has failed inspection by the UK Maritime and ...