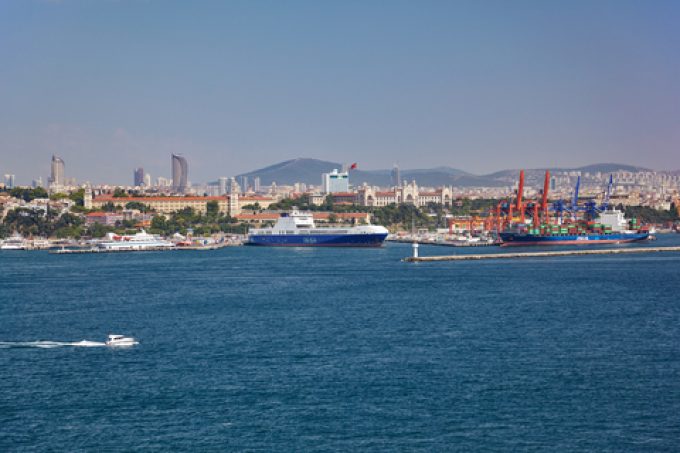 For the first time in nearly 40 years, Turkey will increase the fees for ships transiting the Bosphorus on 7 October, by 500%, to $4/tonne.

This, however, is just the start of price hikes for vessels transiting the Turkish Straits. In June 2021, construction of the Istanbul Canal began. This controversial infrastructure project will create a man-made canal just west of the Bosphorus.

The canal will be 45 km in length, 360m wide, and 20.75m deep, creating a smooth navigable means to bypass the Bosphorus Strait. Its anticipated capacity is 160 vessels a day.

The stated aim of the canal is to reduce congestion on the Bosphorus, and the potential for environmental disasters from ships carrying dangerous goods.

Plans for related infrastructure are extensive: an estimated $20bn is planned for major real estate development of land surrounding the canal and the construction of various amenities, including a marina, container port and logistics hub.

As the largest infrastructure project the country has ever seen, it will form part of a multimodal transport system in which Turkey aims to present itself as a logistics hub, with the nearby Istanbul Airport also expected to be linked.

Controversy surrounding the project stems from its potential impact on the 1936 Montreux Convention, which limits the charges Ankara can levy on vessels using the Turkish Straits and regulates the movement of military vessels.

Dr Tuba Eldem, research fellow at the Centre for Applied Turkish Studies, explained to The Loadstar that “Russia’s invasion of Ukraine has advanced the importance of the project. Now that there are sanctions on the Northern corridor, Turkey expects more trade coming from China through central Asia”.

Further, Dr Eldem explained: “Now that Russia is not providing energy through Nordstream 2, more energy for Europe will come through the Turkish Straits. If this war continues for a long time, some of this energy would come through the Istanbul Canal.”

As transit fees will be charged for the use of the canal, Dr Eldem explained that the waterway will make the movement of goods between the Mediterranean and Black Sea much more expensive for shippers.

It is still unknown what the exact fees will be, but Ankara expects to generate $8bn in annual revenues from the canal.

Turkey believes shippers will prefer to use the canal instead of the Bosphorus due to easier navigation, reduced congestion and decreased risk.

However, it is unknown yet whether Turkey will limit the use of the Bosphorus in order to push ships to the canal to generate higher revenues.

A further potential controversy is that the Montreux Convention regulates the movement of naval vessels in and out of the Black Sea.

By providing an alternative route outside the Convention, Turkey, a NATO signatory, would acquire sole control of the movement of warships in and out of the Black Sea, giving it substantial leverage to negotiate directly with major powers.

Dr Eldem argued: “The project gains more importance in the geopolitical reordering after the invasion of Ukraine.” She explained the construction of the canal “is a signal of a shift Westwards for Turkey”.

A former senior European defence official told The Loadstar: “The building of the canal would be a net positive, relatively, for the West.”

However, the official noted: “The fact that the canal is not bound by treaty means there could be escalation.” Putin has cited the importance of preserving the Convention to “ensure regional stability and security”, as the new canal could allow NATO increased access into the Black Sea.

“The most dramatic impact will be on Russia, as the state that most frequently uses the Turkish Strait,” said Dr Eldem. “While the canal will give Turkey more leverage, it may cause problems with Moscow in the short-term, so I don’t think Turkey will be willing to try any moves that could be interpreted as a violation of Montreux in the current political context.”

China is thought to have shown the most interest in funding the project, with the Industrial and Commercial Bank of China and the Bank of China cited as potential financiers.

Discussions of the construction have been a priority item on the agenda of China’s diplomatic visits to Turkey. HSBC, as well as financial institutions from the Netherlands, Belgium, and Russia have also declared interest in funding the project.

“Everyone is afraid of China’s contribution” said Dr Eldem, “and whether China will put conditionality on the funding as a kind of leverage.” The European defence official, however, explained that “if Turkey didn’t want Chinese military leverage, they wouldn’t let it”.

Environmental groups have heavily criticised the project, citing potential disruption of Istanbul’s water supplies, triggering earthquakes, deforestation, and destruction of marine life by changes to the mineral and nutrient balance of the Black Sea.