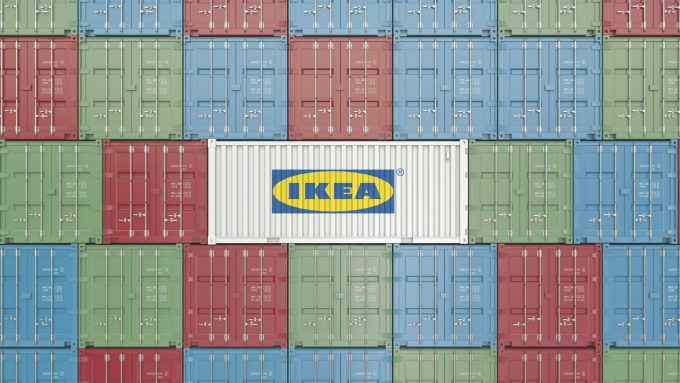 At the COP26 climate conference in Glasgow, Andreas Ahrens, Ikea’s head of climate, said the company was taking “a holistic approach” in the development of its climate policies.

However, Mr Ahrens warned, Ikea cannot achieve its climate goals without governments stepping up their own climate policies and providing a framework in which climate friendly policies can flourish.

“We are reliant on policy makers to enable the development of climate friendly policies,” he said, and for that “we need access to renewable energy and the removal of fossil fuel subsidies”.

Ikea would still need to step up its own climate policies, conceded Mr Ahrens, “we still have our responsibilities”, but “we must move away from fossil fuels to enable renewables on land and at sea”.

However, Ikea’s stated aim – “our ambition is to become a climate-positive business by 2030, and we believe shifting to a circular business model will help get us there” – posted on its website, appears to be at odds with the head of climate’s view. Mr Ahrens told The Loadstar the company would “cut emissions in half by 2030”.

“When we work to prolong the life of our materials and products, we help to decrease the footprint by reducing the amount of new materials being produced and the amount of future waste. We’re designing our products to be reused, refurbished, remanufactured and, eventually, recycled, by applying our circular product design principles.”

Ikea’s production process takes in manufacturing, transport and procurement as a whole.

“We develop internal climate road maps to see what are our goals, how far the known solutions will take us, what’s the gap and what innovations we require, then there’s a concrete set of actions – some will need to set up an innovation project and some will rely on big investments from society such as infrastructure investments,” said Mr Ahrens.

Most of the solutions to meet these climate goals are already known, he said, adding “the key is how to scale them up,” but that is not easy because that requires companies to accept some risk.

In addition, there are what Mr Ahrens describes as political barriers that sometimes must be overcome. He said Ikea wanted to shift to 100% renewable electricity in China, which is a possibility in many countries, but in China the suppliers of renewable electricity were all too small to meet the company’s needs.

“We did a study and found that if we consolidated our electricity consumption through our suppliers, we could move over a certain threshold so that we could negotiate a contract to operate only on wind power. That’s what a large company can do to enable smaller companies,” explained Mr Ahrens.

Within the next year, Ikea expects to shift to renewable energy supplies in Poland and India as well as China, decreasing its carbon footprint by the same amount of carbon produced by Ikea’s entire ocean shipping carbon footprint in a year.

However, it is questionable which year Mr Ahrens is talking about, given that 2020 saw a substantial decrease in sales due to the Covid pandemic and the subsequent rebound in demand, which appears to have caught out all companies in the logistics arena and meant Ikea had to find solutions to the supply chain crisis.

As a significant shipper, the Swedish furniture company already had nominated capacity on all the major tradelanes and Susanne Waidzunas, Ikea’s manager supply chain operations, said the company was looking to leverage as many liftings from that capacity as possible before looking for alternative cargo routes.

“We have been looking at how we can plan together better because of course we have a lot of changes in the plans as well, both from a sending and from a receiving point of view. We are today sourcing from 50 different markets with selling goods in 60 different countries,” said Ms Waidzunas.

She said there were different challenges in different regions, and Ikea had “worked closely with its logistics partners to find solutions”, including rail from China to Europe.

“That has always been an option, but now, in these circumstances, it’s been something we have done in a more permanent way,” she added, “and we have also started to ship some goods from Vietnam to Europe via rail.”

It was recently reported that Ikea had chartered a vessel to carry cargo, but Ms Waidzunas said the company had chartered “very few” ships. Ikea had “tried out things along the way”, such as buying containers, which were then sold, she said, adding: “It’s not part of our core concept and it requires a completely different operating model.”

Both the vessel charters and container acquisitions were carried out in conjunction with carrier partners.

“We also had opportunities along the way to charter their a vessel with our carriers. So it’s not a standalone activity, and we also [chartered] some extra loaders when we had those opportunities.” However, Ms Waidzunas emphasised: “This has not been the main strategy from our side.”

Moreover, when the opportunity has presented itself, Ikea has worked with freight forwarders.

“You know every container counts, and that has been the mindset we wanted to have,” said Ms Waidzunas. “It’s been kind of opportunity-driven, you could say… so it’s just about getting as many containers onboard ships as possible.

“One of the pillars, and the vision that we have, is to make sure we create a better everyday life for many people, so affordability is important for us. So we are still very committed to continue to take out cost from our supply chain, in order to achieve affordability.”

To hear a short clip on IKEA’s strategy, try this from The Loadstar Podcast.

As well as large-scale catastrophes ,such as in Vancouver recently, the increasing frequency of freak ...

Climate activists delivered a 20,000 signature petition to the headquarters of furniture retailer IKEA in ...