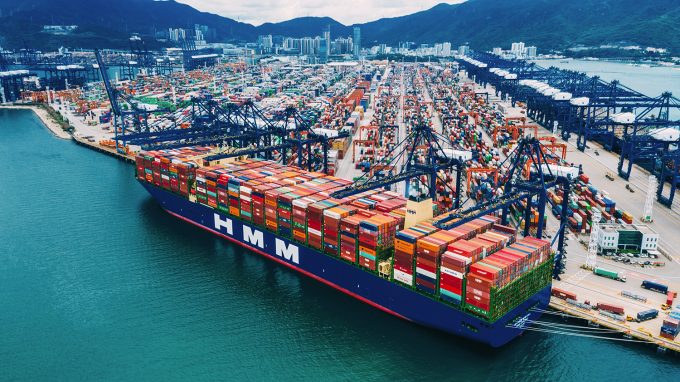 South Korean ocean carrier HMM has wiped out two-thirds of the losses it incurred in the past five years with a $1.95bn net profit in the third quarter.

The carrier racked up over $3bn in losses since 2016, bringing a period of financial restructuring and exclusion from a major alliance.

The carrier did not report its liftings for the quarter, but at the H1 stage it had carried 1.93m teum for a turnover of $4.5bn, implying a market-leading average rate of $2,330 per teu. This suggests HMM carries a higher percentage of spot and short-term contract cargo than its peers.

And its net profit of $181m in Q2 would have been at least $1bn higher, but for an accounting derivatives loss.

HMM’s nearly $2bn profit for Q3 compares favourably with fellow THE Alliance member Japanese carrier ONE, which although almost twice the size in terms of capacity, at 1.6m teu, reported a net profit of ‘just’ $2.4bn for the same period.

THEA lead line Hapag-Lloyd will report its Q3 numbers on Friday, which will follow an “extraordinary” $1.8bn profit for the second quarter.

Indeed, the delivery of the ultra-large containerships, starting mid-pandemic in spring last year, initially looked to be unfortunate timing, but with the unexpected e-commerce demand surge, theey were soon running full on their Asia-North Europe THEA loop.

In fact, HMM said this week, the 12 ships had accumulated liftings of two million teu since deployment of the first, the 23,964 teu HMM Algeciras, in April last year. Moreover, according to Vesselsvalue data, the market value of each has jumped by some $70m to more than $300m a unit since then.

To accommodate increased demand, particularly on the transpacific, HMM deployed over 40 extra loaders, thereby boosting its liftings, revenue and profit. However, several of the Asia to US west coast ad-hoc sailings have faced lengthy waits off the coast of Los Angeles before being able to berth. According to the latest information from the port of Los Angeles Signal data, the HMM-chartered 5,023 teu Hyundai Prestige has been at anchor in the San Pedro Bay for the past 42 days.

HMM’s outlook for the fourth quarter is positive, it said, current market conditions were “expected to last through this year at least”.

Nevertheless, there was an air of caution longer-term: “There is a likelihood that disruptions to production amid widespread power shortages in China may cause temporary fluctuations in demand,” it warned.

Ocean Network Express (ONE) has confirmed that around 60 containers were lost overboard with a ...