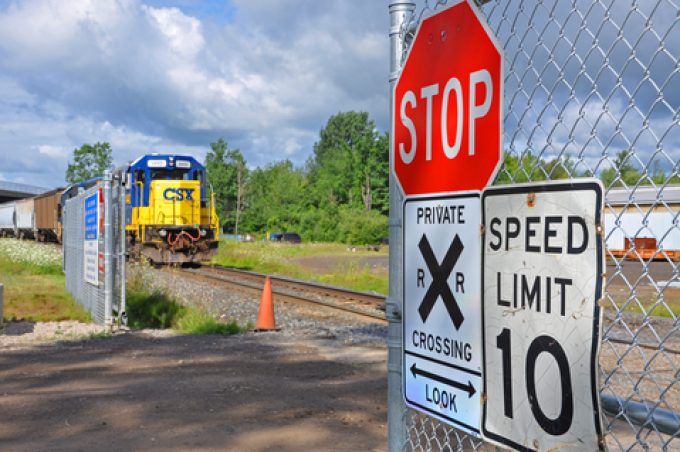 The US Federal Rail Administration (FRA) is set to reject the push from rail carriers to bring down the minimum crew requirement for freight trains from two people to one.

With a proposal for a rule to that effect, the administration is also shifting the stakes in contract negotiations between the railways and unions.

“This proposed rule will improve safety for America’s rail passengers – and rail workers – across the country,” said US transport secretary Pete Buttigieg.

The FRA finding was that a second crew member on the locomotive can play a key role in helping monitor train operations and make sure safety rules are being followed.

The proposed rule includes requirements for the location of crew members on the train and prohibits large amounts of hazardous materials being transported on trains operated by a single rail employee.

This move reverses the stance taken by the FRA under its previous head, during the Trump administration. The authority had proposed a similar rule back in 2016, but abandoned it three years later, saying there was not enough evidence that two-person crews made train operations safer.

Since then some states – including New York, Washington and Michigan – have introduced or passed legislation requiring two-man rail crews on trains operating in their jurisdictions. The new proposal would replace a patchwork of state rules with a uniform national standard, the FRA said.

The Association of American Railroads (AAR) has blasted the new proposal, arguing that the safety claims in it are without foundation.

“In 2019, the FRA thoroughly reconsidered a rule that was very similar to the one being put forth today and retracted it after finding a complete absence of a safety justification for that rule. We knew then, and we especially know now, with the full deployment of Positive Train Control (PTC) technology, that there is no plausible safety justification for regulating the number of individuals physically located inside the cab of a locomotive.”

The rail companies say decisions on the number of crew on trains should be in their hands, after negotiations with labour representatives.

They argue that technology – namely the deployment of PTC – renders the need for a second person on the train redundant.

The debate has far-reaching implications. PTC is seen as a stepping stone towards the operation of autonomous trains. The AAR has accused the FRA of being out of step with the efforts of other government departments.

“While other DoT modal agencies are working to support greater automation, and the safety benefits that accompany such technology, the FRA stands alone in its efforts to lock-in yesterday’s regulatory approaches. This regulatory approach puts freight rail at a long-term competitive disadvantage to other – less fuel-efficient – modes of transport,” it said.

The FRA’s proposed rule does not entirely shut the door on one-person train operations, as rail companies can petition the agency for permission to continue legacy operations with one-person crews and for approval to initiate such activities, which would be thoroughly vetted.

“We are committed to data-driven decision making,” said FRA administrator Amit Bose. “In cases where railroads wish to operate with fewer than two crew members, we are proposing that they perform a rigorous, thorough, and transparent risk assessment and hazard analysis, and FRA will provide an opportunity for public comment on these submissions.

The introduction of the proposed rule would eliminate the question over minimum train crew sizes from labour contract negotiations. In the current round of bargaining, this has been a major sticking point. The talks are currently in limbo after the White House set up a board of arbitrators in mid-July, tasked to find a resolution of the long stand-off within 60 days.

The rail companies have come under fire for their workforce cuts over recent years, which shippers as well as officials have pointed to as a major cause of the disruptions and delays that have afflicted the rail network and intermodal moves.

Martin Oberman, CEO of the US Surface Transportation Board, has blamed the rail companies, in part, for the deterioration in their service levels, accusing them of operating with “bare bones” workforces after shedding 45,000 staff over six years.

With the congested rail network widely regarded as a major driver of increasing delays in intermodal moves, accompanied by detention and demurrage charges that have galled beneficial cargo owners, there is scepticism around carrier plans to trim crew sizes.