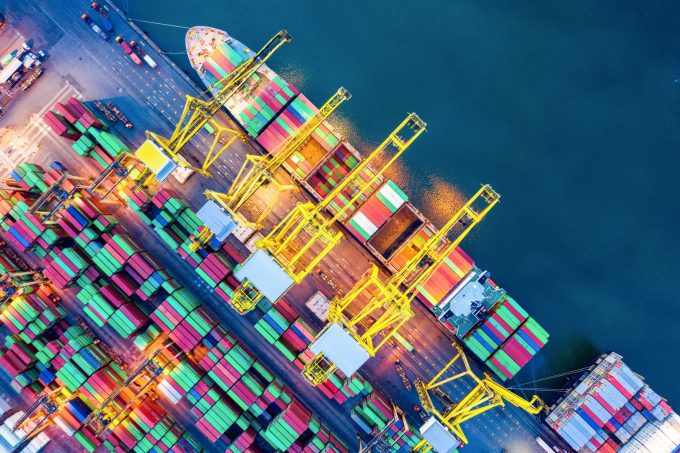 Backhaul container spot rates are experiencing significant drops, although North Europe and US shippers take “pot-luck” when nominating sailings due to the vast number of blanked voyages on the tradelanes.

These exporters have endured a challenging two years as imports from Asia dictated ocean carrier strategy. But now the tables have turned, and backhaul shippers are being coveted again.

With carrier FAK rates at their peak a year ago, for both Asia to Europe and transpacific headhaul, of up to $20,000 a 40ft (including premium fees), having collapsed to pre-pandemic levels or below, the lines are focusing on maximising return-voyage earnings.

During the import boom, carriers prioritised the return of empty containers to Asia over export loads, for which rates, even during the capacity crunch, struggled to climb above $2,000 a 40ft from North European ports, or above $1,500 from the US.

Moreover, carriers were reluctant to release equipment to exporters and lose the opportunity to fill them with lucrative imports.

A carrier source told The Loadstar earlier in the year that allocating a container for European export use would mean the line was without use of the box for loading in China “for at least four weeks”, excluding the voyage.

“By the time they get the box off the terminal in China, de-van it and get it back to the depot, we could have lost a month of use when we are screaming out for equipment to load boxes back,” he said.

He added that the loss of use of the container could be exacerbated by the operational problems involved in shipping the laden box in the first instance, with chronic landside congestion delaying arrival of loaded containers at the terminal.

Meanwhile, in the ‘new normal’, as carriers hunt for European and US exports (rather than shipping fresh air) freight rates are tumbling. And, according to freight rate benchmarking firm Xeneta, spot rates from North Europe to China and the US to China are “firmly following the fronthaul trend”.

“The fronthaul developments have captured most of the press, with spot rates falling away dramatically since the summer, However, in some cases, backhaul rates have seen equally large drops and, what’s more, those drops have been more protracted,” said Xeneta’s chief analyst, Peter Sand.

He said the average rate for a standard 40ft container from North European ports to Asia had fallen to $820, representing a 56% decline over the past 18 months.

However, on the transpacific backhaul, Mr Sand said, the rate erosion had been “less pronounced”, with its current average rate now showing $1,100 per 40ft, which remains 50% higher than in January 2020.

The Loadstar has heard that some once-empty depots in North Europe are filling up fast, as carriers no longer need to return so many containers to Asia, and many lines are now looking to off-hire surplus equipment to reduce storage charges and daily hire costs.

Notwithstanding the abundance of equipment and reduced rates, exporters in North Europe and the US are still suffering from supply chain disruption, with a UK shipper telling The Loadstar the export loaders were becoming a lottery.

“The carriers are blanking so many vessels from Asia that the first available vessel has just become pot-luck,” he said.