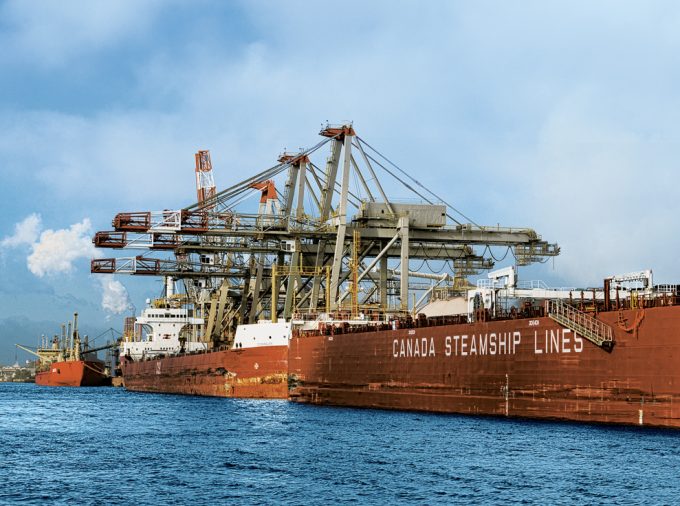 Ambitious plans for a C$775m (US$624m) container terminal at Quebec City have run aground.

The environmental review delivered by the federal government has blocked the Laurentia project, leaving the port authority to find other avenues to develop the port’s potential.

In partnership with Canadian National and terminal operator Hutchison Ports, Quebec Port Authority (QPA) was planning a 700,000 teu facility capable of handling containerships of up to 13,000 teu.

This would have set it well apart from Montreal, where draught restrictions limit ship size to slightly over 5,000 teu, so for the most part, lines deploy 4,500 teu ships to serve the port.

Quebec’s plan envisaged the extension of a wharf and construction of a new berth, plus a retaining dike that would allow for the development of 17 ha of space, with rail and road access. Unloading containers at Quebec would have meant faster transit times to the Canadian interior and the US Midwest.

The Impact Assessment Agency of Canada, which conducted the environmental review of the Laurentia project, concluded it would likely cause significant adverse environmental effects to fish and their habitat, the air quality and human health.

QPA expressed disappointment with the verdict: “It is unfortunate that we were not able to reconcile the opinions of all our experts with Fisheries and Oceans Canada and the Impact Assessment Agency,” it said.

“Of the 115 studies conducted, we remain convinced there were possible solutions to address the aquatic issues and that Laurentia was fundamentally a very good project, both for the economy and the environment.”

The government authority, however, left a door ajar for a new application, saying a proposal could be re-submitted. But QPA sees little point in such an exercise. According to a report by the Journal of Commerce, CEO Mario Girard told backers of the project in an e-mail it would not move forward in light of the review’s outcome.

“The original Laurentia project is over,” confirmed Hugues Paris, senior project manager of Laurentia, “The Port of Quebec needs to analyse thoroughly the decision over the next few months.”

According to a Montreal-based forwarding executive, Ottawa’s verdict against the Laurentia project was welcome news at the port of Montreal, where management had been concerned about competition from the rival downriver.

Montreal obtained an environmental clean bill of health for its Contrecoeur container terminal project in March, so it can go ahead with plans for the 1.15m teu facility, about 40km downstream from the city.

Given the congestion at Montreal, Quebec’s Laurentia scheme made sense as a means to bypass this bottleneck, but with Contrecoeur set to come onstream in 2023/24, the issues should be resolved before any new container terminal would be ready in Quebec City, one forwarder said.

Money may not be everything in the two-way Canadian chase for Kansas City Southern.