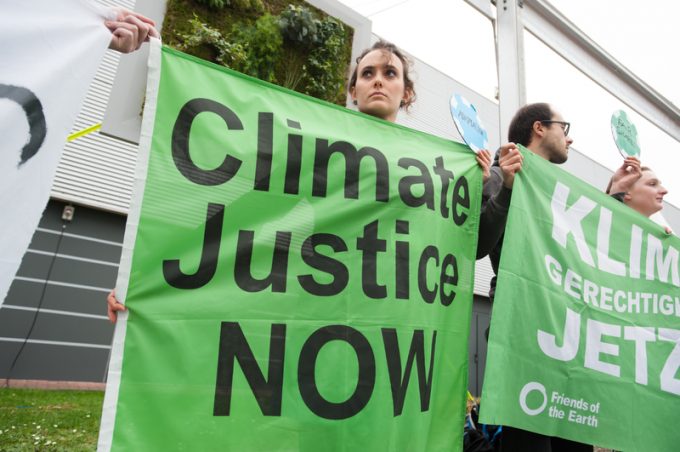 As we prepare for the latest COP27 meetings, this year at Sharm El Sheikh in Egypt, lawyers are warning that climate litigation is of growing concern to freight transport companies.

In climate change mitigation, governments are encouraged to shoot for the stars in the hope we can make it to orbit.

And we look to national policy to gauge climate change mitigation lift-off, but by doing that we could be missing the true environmental events which are moving faster than we imagine.

According to Stephenson Harwood partner Haris Zografakis, environmental policy will not occur solely through the effects of government policies, but will ultimately be driven by the courts in the growing number of climate-related litigation cases being brought around the globe.

Effectively, he said, climate ‘astronomers’ were missing the series of super-novae while concentrating on the rocket.

In a short, but packed conference in London this week, lawyers sought to turn heads from the launch pad to focus on the events happening around us, which, they said would fundamentally change the transport and supply chain business.

First to the conference podium was policy on climate change policy fellow Catherine Higham, from the London School of Economics’ Grantham Research Institute. She has worked with Columbia University’s Sabin Center to count the number of climate cases around the world. In order to do that, the researchers defined climate litigation as “cases where climate science or policy is a material issue in the case”.

There are more than 2,000 climate litigation cases around the globe, many brought in the US, but Ms Higham pointed out that this was changing rapidly and figures show the number of cases not only growing, but the proportion brought in the US was reducing.

Ms Higham said: “We looked at all of the industries involved in corporate climate litigation in the past year, and we found that while energy is still about half of the cases, we’re starting to see transport finance, food and agriculture, plastics and many, many different industries being implicated here. And that’s something we think will continue.”

However, the researcher noted that not all of this litigation was aligned with climate goals.

“You hear most about climate change litigation, where people are using the courts to try and advance climate action. But we also see, and this has been very true in the US and Mexico but also elsewhere, litigation where companies are using the courts to challenge climate policies, particularly those imposed at the federal level in federal states,” explained Ms Higham.

Climate change litigation is now beginning to impact both private and public bodies in a series of ways as activists and NGO’s find new ways to bring cases to court. In particular financial institutions are a target, both public and private, and “in very broad terms, [litigants are trying to] increase the cost of capital for high emitting activities”.

Another pathway is to bring cases against governments who litigants feel can do more to drive climate change. Changing the “governance landscape” can rapidly affect corporate action.

Classic cases brought by activists are where corporations are alleged to have affected a person or community through their contribution to climate change, where a person or group seek payment to help mitigate the company’s actions.

“But there aren’t there aren’t that many of these cases, and one reason for that is because causation is a big challenge [to prove]. So, that has meant that litigants have been starting to look for creative ways to get around that and think about other courses of action that might be more successful,” said Ms Higham.

One successful alternative method is through cases, that Grantham Institute calls “Corporate framework cases”, where litigants seek to show a company’s policies are not aligned to the Paris Goals for climate change.

The quintessential case in this area was filed against Shell and was heard last year and was filed by a group of litigants who said that the oil company had an obligation to reduce emissions in order to abide by a general duty of care under Dutch tort law, and that that applied to all Dutch citizens and the court in the Hague agreed with that position.

“The court ordered shell to reduce emissions by 45% by 2030, increasing the targets in its corporate strategy with an obligation that that should be an absolute emissions reduction for scope two emissions.”

Moreover, Ms Higham says that there are an increasing number of “value chain litigations” and this could be a particular concern to transport companies. This is where a group holds companies responsible for actions further up the value chain. The researcher cited a case where a supermarket was held responsible for checking whether a supplier of beef was responsible for Amazonian deforestation.

Another area of litigation has seen the rise of the use of consumer laws to prevent companies making unfounded claims of being environmentally responsible, greenwashing.

While all these areas of climate litigation are growing and the scope of cases means that transport companies are coming under greater scrutiny the onus for corporations is make the changes.

However, Ms Higham also warned that it is not necessary for climate activists or NGO’s to win a case to make an impact, even in winning a court case the reputational damage to a company can be significant, and the warning here is that ships are particularly vulnerable to arrest if owners are not meeting climate targets.

As supply chains and transportation become more visible to the wider population and the drive to decarbonise has intensified, there will be more litigation for the industry, concluded Ms Higham.

Shell announces intent to withdraw from Russian oil and gas