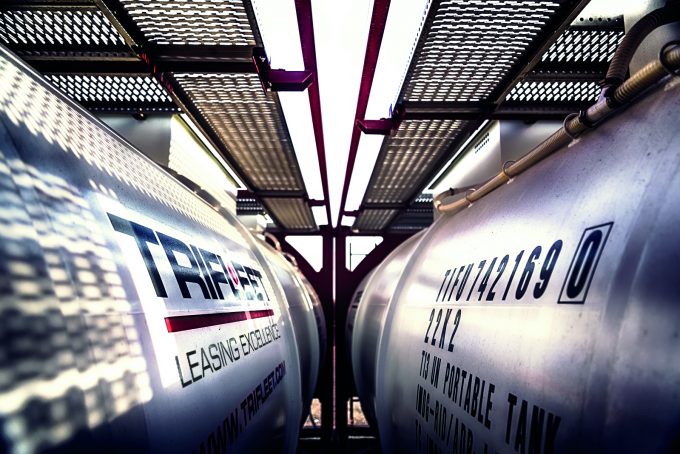 A record 7.2m teu, or 14%, was added to the global container equipment fleet last year, taking it to 50.5m teu, driven by demand from ocean carriers, logistics operators and BCOs trying to protect their supply chains.

According to John Fossey, senior analyst for container equipment at Drewry Shipping Consultants, equipment production will fall to between 4.5m and 4.8m teu this year – but this will still rank as the second-highest annual increase on record.

“The demand for equipment remains strong as the recovery from Covid-19 continues. We see continuing growth in the perishable products sector, beverages and the bulk chemical and liquids markets, which will drive demand for both reefers and tank containers,” said Mr Fossey.

“And there is still the big issue of availability, and the overall productivity of containers. It is taking much longer for boxes to complete their journeys and be returned to the areas of demand.”

Other factors that were influencing new orders, added Mr Fossey, included the need to retire ageing equipment kept in service longer than the normal 12 to 15-year life cycle, the demand from ocean carriers “flush with cash” to build more buffer in their pools, and other transport operators and BCOs that have decided to operate with their own fleet of boxes.

Indeed, with containers taking an average 30% longer to complete their transport cycles last year due to port, landside and haulage delays, Drewry estimates that the vessel slot operating ratio on container trades will reach closer to x2 this year, from a 2019 low of around x1.75.

Japanese carrier ONE said last week that, in addition to ordering more containers, it had deployed a number of empty sweeper sailings to reposition equipment back to high-demand regions.

Drewry noted that container lessors controlled 51.5% of the pool last year, down from 52% in 2020, but expects their share to fall to 49% by next year as ocean carriers and the new breed of transport operators take a majority share.

Currently, the container manufacturing market is dominated by China which, according to Drewry, accounted for 97% of production last year. However, Mr Fossey said there were two new factories coming onstream in Vietnam this year that could, in time, ramp up production to some 1m teu a year.

This could take some pressure of off pricing; the cost of a new 40ft high-cube container having increased by 35% since the start of the pandemic to around $6,250.

However, Mr Fossey added that he did not expect prices to return to the pre-pandemic levels that saw sub-economic container manufacturing.

Second-hand boxes, often redeployed as storage units at the end of their maritime life cycle, have almost doubled in price in the past two years. According to The Loadstar sources, 15-year-old 40ft units were commanding more than $4,000 on resale exchanges at the peak of demand last year.

However, according to Container xChange data, there is now a downward trend in second-hand equipment prices, with the index of the online marketplace showing average values for 20ft and 40ft boxes have declined by around 10% since November.