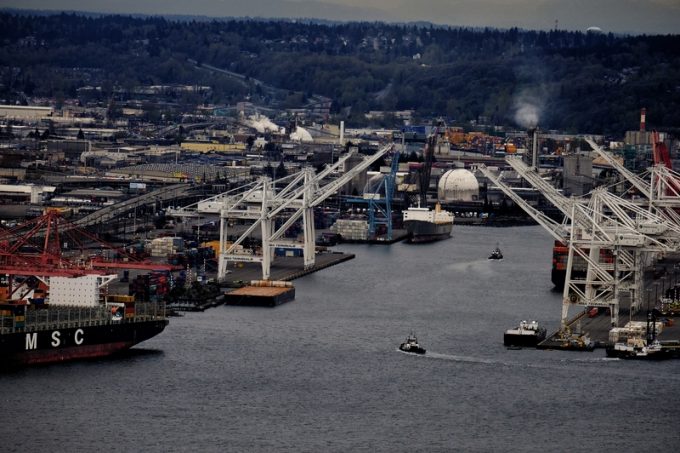 The first of the three complaints filed by MVM Logistics, which has now said it is insolvent, dates back to events between August 2020 and February 2022 when it ceased trading.

MVM alleges that Switzerland-based MSC not only caused delays, for which charges were applied, but then created a “late gate charge”, a $200 per container levy for a trucker failing to pick up a box within the given operating period.

“Every week we were forced to request a late gate permit – it was not always available, and when available it would be only for one shift, and most of the time the terminal would close before the end of the given shift,” reads the MVM docket to the FMC.

According to MVM, thousands of operators would be attempting to deliver containers during the short given period, but “just a fraction” would make it through the gates on time, the rest would be charged $200.

“MSC once more found an easy way of fast, unfair enrichment at the cost of its own clientele,” claimed the forwarder.

Moreover, MVM the daily charges were unfair as the carrier did not provide equipment, or changed delivery and pick up times for containers, making difficult for the forwarder to avoid having to pay.

In response, MSC said the complaints brought by MVM were either “too vague to respond to” or simply denied the allegations.

In another case, was filed on 14 November by shipper CCMA, alleges MSC transgressions concerning a shipment of ten containers from Durres, Albania, which arrived in Seattle in early November 2021.

The shipment was subject to US Customs Border Protection (CBP) control, but only one container needed to be moved to the customs examination station. CBP delays and the moving of a single container for inspection caused all ten boxes to be delayed at the port until 15 December, more than a month after the expiry of free storage time.

When the containers were finally released by CBP, MSC assessed detention & demurrage charges at more than $114,000.

CCMA alleges: “MSC repeatedly ignored CCMA’s attempts to communicate regarding the demurrage fees and, when MSC was finally reached, it refused to extend the last free day for the containers and/or waive or reduce the accrued demurrage charges.”

In a similar case, another Seattle shipper, Doka, had a shipment of six containers of plywood delayed by a CBP inspection. CBP cited irregularities on the bill of lading and manifest.

After arrival in the US in mid-October 2021, the containers were finally released in February 2022, with demurrage charges amounting to $260,000.

Again, Doka claims communications with MSC were difficult, including attempts to get the carrier to deal with the bill of lading issues.

Doka alleges: “MSC’s unreasonable delay in acting to fix the automated manifest system problem with CBP resulted in unfair, unreasonable and exorbitant charges for demurrage, detention and ‘dwell’ fees that have made it commercially unfeasible for Doka to retrieve its cargo.”

To date, MSC has not yet responded to the last two cases.