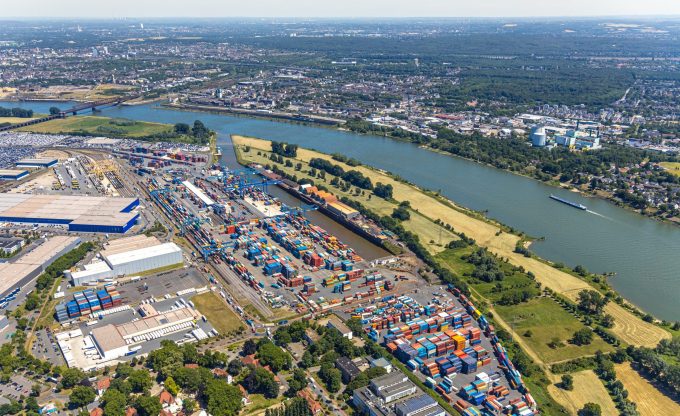 Development of the California Inland Ports (CIP) project could offer a solution to logistics challenges that have been brought into sharp focus by the pandemic and subsequent surge in demand across the US.

The proposals are to develop four inland logistics centres in California, stretching from Sacramento in the north to Bakersfield, north of Los Angeles, in California’s central valley area. No site has been selected yet, but the plan is to alleviate the pressure on the LA port complex while also offering importers and exporters a more reliable service.

Each logistics hub will be developed into a trade centre, similar to those that already operate in other regions of the world, notably in Asia and Europe, Duisburg for example. Each hub will be between 1,200 to 2,400 ha in area, and will support rail and road transportation, with links to a nearby cargo airport. Surrounding the logistics core will be regional distribution centres with e-commerce sectors, and around this central logistics hub will be manufacturing and production activities. 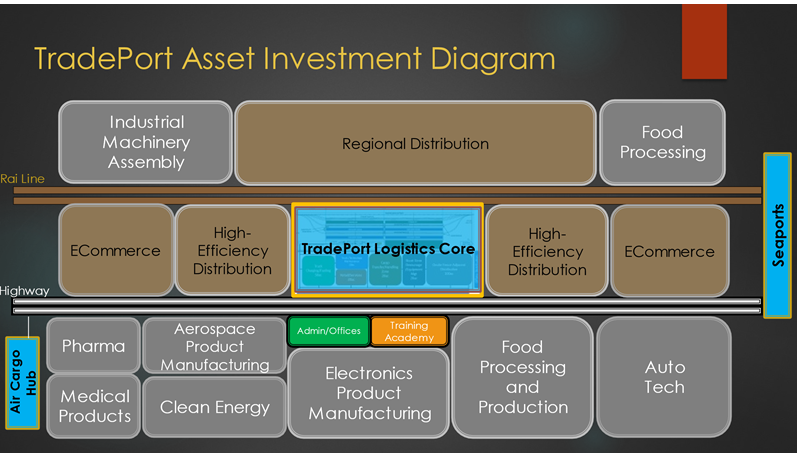 Adam Wasserman, managing partner at GLDPartners, told The Loadstar: “We have spoken to local businesses, agricultural exporters and truckers, among others, and they have told us that if these developments happen, ‘we would locate there’.”

In total, the CIP project is expected to cost $30bn, mainly in infrastructure investment from the private sector, with the trade port hubs costing around $835m, with only a small portion of the total investment coming from public money.

Essentially, the public purse is acting as seed funding that will attract much more significant investment from the private sector, explained Mr Wassrman. But the project itself is not a central government one.

“Government has got the message loud and clear [about the significance of logistics], that it is a challenge that needs to be tackled and that California is taking it very seriously,” said Mr Wasserman.

With federal and state governments backing the project, the need was to bring other stakeholders into the fold, including transport providers and shippers that could all coalesce. For that to happen, each stakeholder needed to see the potential benefits.

That, said Mr Wasserman was “kind of simplistic, isn’t it?”. He added: “I mean, it’s not rocket science. It’s the muscle and the stamina to try to figure out everyone’s business and policy objectives and weave them together.”

Logistics clusters along a 425-mile stretch of the central valley region can offer environmental benefits for the general population, with fewer truck miles, while truckers can concentrate on shorter and more profitable journeys, according to Mr Wasserman, with longer container journeys handled by rail.

Lois Yates, a partner at GLDPartners, said: “Everything has been so siloed [up to now]. The CIP project is looking to marry the public and municipal requirements with the needs of manufacturing and industry.

“I think it’s just been fascinating to watch and to see how the interest has grown over time, and more and more people are coming to the table and expressing interest and support of the project as we move it forward. So, we’re very comfortable with the thought that this probably will move forward very easily within the next year.”

Mr Wasserman believes the first inland port will be operational within the next two years, while the total project will be completed within five. He said: “There are key public and private leaders joining the project and sort of holding it together. So, I think we’re hopeful that there would be some initial state investment and federal investment that will kick the project off.

“I don’t think we can tell you for certain that that’s going to happen, but let’s just say we’re quite hopeful that the project will gain its legs in the next 12 months.”

Looking beyond CIP, there is a plan to link the California hubs with a 10,100-ha mega logistics park along the Interstate 10 and Interstate 40 corridor, heading west from southern California, that would link New Mexico, Texas and Mexico.

More importantly, the logistics cluster system could be replicated across the US, a planned logistics system rather than the individual parts of the supply chain working in isolation.

The hope is that the CIP will generate further interest through the “integrated nature of the hubs”, said Mr Wasserman, adding: “Everything this federal administration seeks to do is very similar to what the California project is looking to achieve.”

The port of Duisburg is teaming up with Cosco Shipping Logistics to build Europe’s largest ...

The world’s largest inland container port, Duisport, is preparing for new growth by expanding its ...