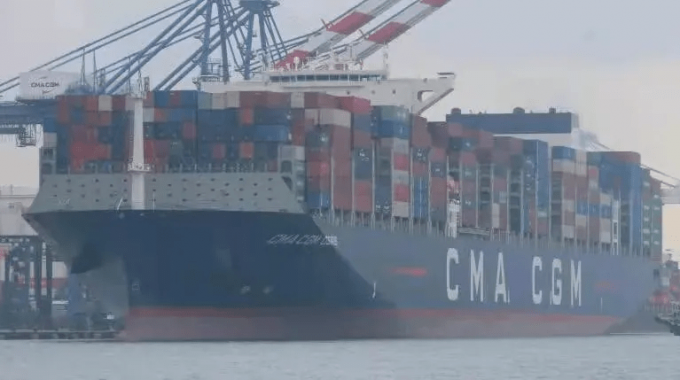 One of CMA CGM’s new 15,000 teu ships suffered mechanical failure as it was about to depart China’s Xiamen port on Tuesday.

The ship arrived from China’s Jiangnan shipyard in November, one of nine 15,000 teu vessels CMA CGM commissioned from there and affiliate Hudong-Zhonghua Shipbuilding.

The Loadstar understands CMA CGM Osiris was being piloted at the time and, after it encountered difficulties, nearby tugs were brought in to assist the stricken vessel.

Chinese media reports say more than 5,000 containers were unloaded from CMA CGM Osiris, which had been towed to a berth where inspections indicated problems with the main engine, a Win GD92-B two-stroke, which operates on standard diesel.

Later, arrangements were made to tow CMA CGM Osiris to a repair yard in Shanghai and VesselsValue’s AIS data, showed the vessel, at 11am this morning, heading north at five knots.

CMA CGM confirmed to The Loadstar: “Containers onboard the vessel are being transhipped at Xiamen.”