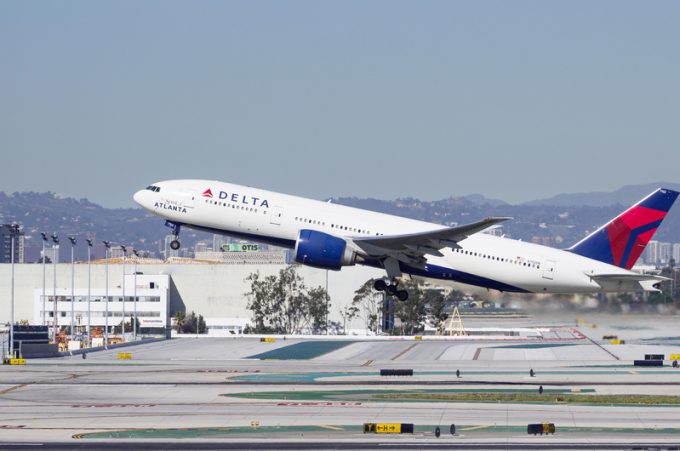 Busy today, gone tomorrow: Delta’s chief cargo workhorse is on its way out of the US airline’s fleet.

Some of the US airline’s 777-200s are currently busy moving cargo across the Pacific, but their time in Delta livery will end before new year’s day.

The carrier announced it would retire its entire contingent – ten 777-200LRs and eight 777-200ERs – half of which are grounded, but the other nine are deployed on domestic routes or international cargo missions.

Chief operating officer Gil West said: “We’re making strategic, cost-effective changes to our fleet to respond to the impact of the Covid-19 pandemic, while also ensuring Delta is well-positioned for the recovery.”

The airline is bleeding cash to the tune of about $50m a day and Delta will take an accounting charge of as much as $1.7bn for the retirement of the 777s and its remaining MD-90 fleet.

Faced with the prospect of significantly reduced passenger demand for two or three years, most airlines are desperately seeking to pare down their fleets and defer or cancel deliveries of aircraft on order.

Some, like Delta, are looking to cut certain aircraft types out of their operations. American Airlines has announced plans to retire its 757s and 767s and A330-300s. It will keep the younger A330-200s, although that fleet is grounded at the moment.

For the most part, fuel-thirsty older aircraft are the first airlines will phase out of service to trim costs. The 757s, 767s, A380s, A340s and 747s are seen by most pundits on the endangered species list.

No other carrier with 777s has decided to get rid of the type so far, but although some of Delta’s -200ERs have passed the 20-year-old mark, the oldest of its -200LRs is 16 (please see comment below).

Delta CEO Ed Bastian said bringing down the curtain on the “iconic” 777 was not an easy decision, but the airline would be relying on the more fuel-efficient A350s and A330s to serve long routes. It has 13 A350s, with 12 on order, and stands to get 10 more through an agreement with LATAM.

According to Delta, the A350-900 offers 21% better fuel efficiency than 777s, and Stan Wraight, president & CEO of Strategic Aviation Solutions International, believes the decision to retire the 777 makes sense.

“Newer twins have about 25% lower operating costs, and they are bought already, even if not paid for. And Delta’s fleet has -200 models – the least efficient of all 777s,” he said.

But he added that United and American both had more 777s than Delta in their fleets – 96 and 67, respectively.

However, at this point, Delta’s 777 s are the shining stars of the airline’s international cargo activities. It operates them daily from Atlanta and Los Angeles to China and Korea, as well as less-regular missions on other sectors. And it is working on plans to remove seats to load cargo on the main deck.

A fully fledged conversion into all-cargo configuration is unlikely for the 777-200. Mr Wraight said the 777-300ER would be the preferred candidate for conversions, adding that these will be readily available.

The retirement of Delta’s 777-200s could have an impact on other airlines’ fleets, potentially undermining their value for collateral as carriers try to obtain financing, some pundits have pointed out.

Meanwhile, Delta is giving a larger role to A330-300 and 767-300 equipment. Yesterday, it started weekly passenger flights to Frankfurt and London, fielding an A330 on the German route and a 767 to the UK capital. Neither type has the belly capacity of the 777.

In an earnings call last month, Delta’s management indicated that its 767s and 757s might be retired, but did not mention the 777.